The Lion of the Tribe of Judah

Judah is prominent in God’s word
from Genesis to Revelation we hear of this lion. 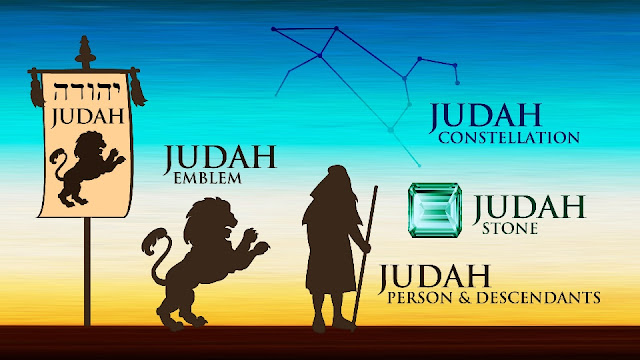 Judah is a lion's whelp; from the prey, my son,
thou art gone up;
he stooped down, he couched as a lion and as an old lion;
who shall rouse him up?
The sceptre shall not be taken from Judah,
nor the lawgiver from between his feet until Shiloh comes;
and unto him shall the gathering of the people be.

The band of stars on both sides of this path which is known today as the Zodiac is called the Mazzeroth in Hebrew. The names of these stars, Virgo, Pisces, Capricorn, Leo etc., are familiar to us today, because they are used by astronomers and navigators to designate various areas of the sky. Sadly they have also been exploited by astrologers for occultic purposes which are so very far from the truth. The 12 signs have nothing to say about man, however they do have a great deal to say about God’s plan of redemption for mankind - from the virgin birth (Virgo) to the triumph of the Lion of the Tribe of Judah (Leo)!

A lion: the biblical symbol of the tribe of Judah.
The history of the tribe of Judah, which eventually became a nation, begins in the book of Genesis. Judah was the fourth son of the patriarch Jacob by his first wife, Leah (Genesis 29:35). He grew up with his brothers, working in the family business tending cattle and sheep. 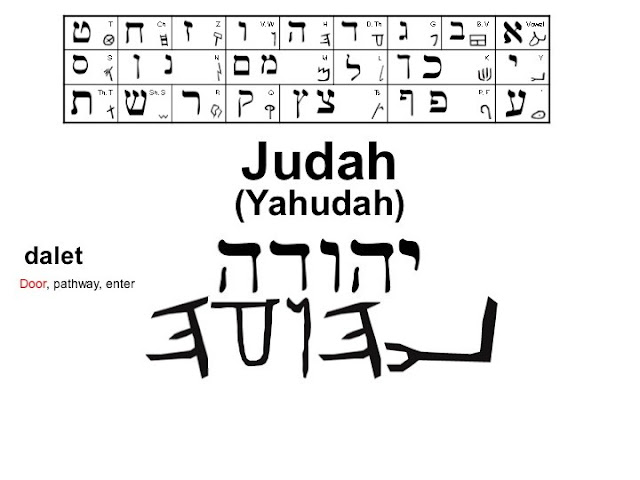 
As the slide shows, by adding the letter "dalet" the name becomes Judah!
This is the only name in the Bible with the complete name of God within it!  But there is even more significance we can glean from this name:
From which tribe will the Messiah come?  Judah!  (Gen 49:10, Heb 7:14)
What is the significance of the "door"?  Yeshua tells us in John 10:9 - I am the door.
If anyone enters by me, he will be saved...
Putting this together, we have the Messiah coming from the Tribe of Judah, in which the name of Judah is God's name that includes a "door" -- exactly what Yeshua calls Himself!

The biblical Judah (in Hebrew: Yehuda) is the original name of the Tribe of Judah, which is traditionally symbolized by a lion. In Genesis, the patriarch Jacob ("Israel") gave that symbol to his tribe when he refers to his son Judah as a Gur Aryeh גּוּר אַרְיֵה יְהוּדָה, "Young Lion" (Genesis 49:9) when blessing him.[3] In Jewish naming tradition the Hebrew name and the substitute name are often combined as a pair, as in this case. The Lion of Judah was used as a Jewish symbol for many years, and as Jerusalem was the capital of the Kingdom of Judah, in 1950 it was included in the Emblem of Jerusalem. 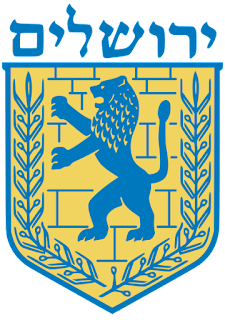 The lion of Judah on the coat of arms of Jerusalem

And one of the elders said unto me, Weep not:
behold, the Lion of the tribe of Juda,
the Root of David,
who has overcome to open the book and to loose its seven seals. 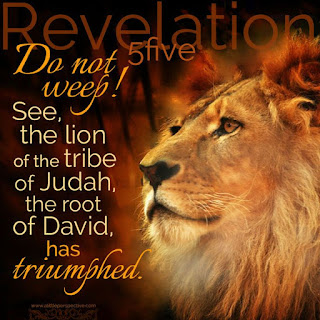 May this song bless you.

"The Lion and The Lamb" (Lyrics) Big Daddy Weave

Waiting for Judah - A great teaching