Message to the Church in Philadelphia
7And to the angel of the church in Philadelphia write; These things saith he that is holy, he that is true, he that hath the key of David, he that openeth, and no man shutteth; and shutteth, and no man openeth;
8I know thy works: behold, I have set before thee an open door, and no man can shut it: for thou hast a little strength, and hast kept my word, and hast not denied my name. 9Behold, I will make them of the synagogue of Satan, which say they are Jews, and are not, but do lie; behold, I will make them to come and worship before thy feet, and to know that I have loved thee. 10Because thou hast kept the word of my patience, I also will keep thee from the hour of temptation, which shall come upon all the world, to try them that dwell upon the earth. 11Behold, I come quickly: hold that fast which thou hast, that no man take thy crown. 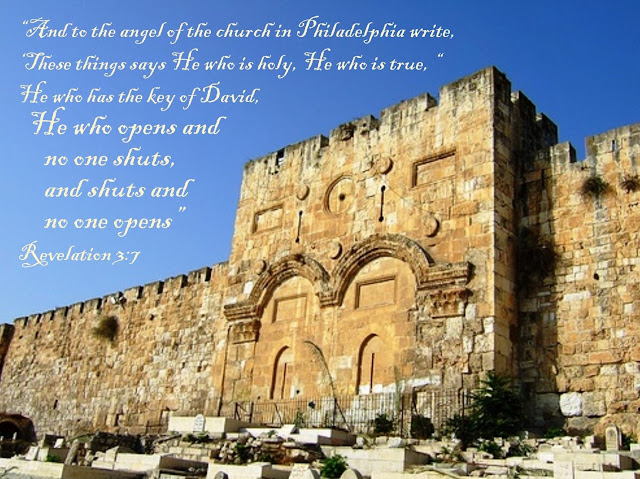 The Eastern Gate, also known as the Golden Gate or Beautiful is the most identifiable of the Jerusalem wall.

The Old City of Jerusalem is surrounded by a wall containing eight major gates. Moving counter-clockwise from the northern-most gate are Herod’s Gate, the Damascus Gate, the New Gate, Jaffa Gate, Zion Gate, the Dung Gate, the Eastern Gate, and the Lions’ Gate. The Eastern Gate, facing the Mount of Olives across the Kidron Valley, is unique in that it is completely sealed shut. Many see the Eastern Gate’s obstruction as a fulfillment of biblical prophecy. 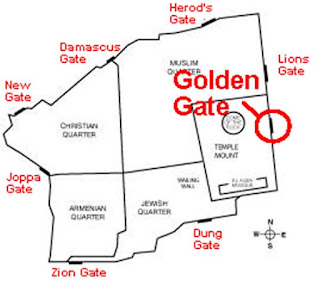 These prominent gates are now closed / sealed / shut / blocked to any access.

Are there “shut gates” in your life?

I have been fascinated by the Eastern Gate for some time, but recently learned more about another shut gate – blocked from entrance - The Huldah Gates in the Southern Wall of the Temple Mount.  The effort taken to seal these doorways is intriguing.  Why were they closed and why do they remain shut are thoughts to ponder.

As Passover nears we are reminded of Jesus Christ’s “triumphal entry” into Jerusalem at the Eastern Wall. (See study notes below.) The original gate that Nehemiah built (and possibly dating to the time of Solomon) is underground, below the current gate, as documented by archaeologist James Fleming in 1969. It was through the lower gate (now underground) that Jesus would have entered Jerusalem.


And Jesus walked in the temple in Solomon's porch.

Acts 3:10
And they knew that it was he which sat for alms at the Beautiful gate of the temple:
and they were filled with wonder and amazement at that which had happened unto him.
11 And as the lame man which was healed held Peter and John, all the people ran together unto them in the porch that is called Solomon's, greatly wondering.

Like us, this is a gate in waiting – longing for the fulfillment of redemption and the Lord’s return.

In Isaiah 63:1-6 the Messiah is portrayed as coming to Jerusalem from the direction of Edom and Bozrah — areas to the east. 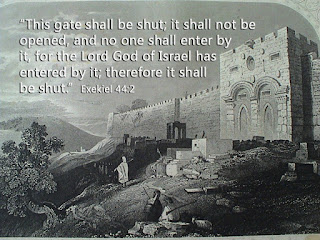 And the Lord said to me, “This gate shall be shut; it shall not be opened, and no man shall enter by it, because the Lord God of Israel has entered by it; therefore it shall be shut.
Ezekiel 44:2

The Huldah Gates in the Southern Wall of the Temple Mount are named for Huldah (Hebrew: חֻלְדָּה) a prophetess mentioned in 2 Kings 22:14-20 and 2 Chronicles 34:22-28.

The Huldah Gates (Hebrew: שערי חולדה‎, Sha'arei Hulda) are the two sets of now-blocked gates in the Southern Wall of the Temple Mount, situated in Jerusalem's Old City. The western set is a double arched gate (the Double Gate), and the eastern is a triple arched gate (the Triple Gate). 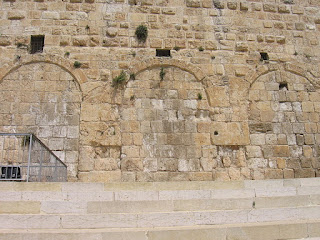 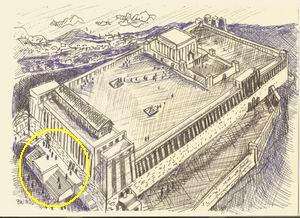 Recent archaeological excavations near The Huldah Gates have been in the media:

RESEARCHERS BELIEVE THEY DUG UP 2,700-YEAR-OLD SEAL OF DOOMSDAY PROPHET ISAIAH
The 2,700-year-old clay relic was found at the foot of the southern wall of Temple Mount.
“The surviving portion of the top register shows the lower part of a grazing doe – a motif of blessing and protection found in Judah, particularly in Jerusalem – present also on another bulla from the same area,” she said.
http://www.jpost.com/jerusalem/Seal-of-the-prophet-Isaiah-may-have-been-unearthed-in-Jerusalem-543366
In find of biblical proportions, seal of Prophet Isaiah said found in ...
The Times of Israel- Feb 22, 2018

OPHEL EXCAVATION DIRECTOR DISCUSSES BIBLICAL DISCOVERIES, TEMPLE MOUNT
“The Ophel was built by King Solomon in the 10th century, and it was the biblical equivalent of an acropolis in Jerusalem where royalty ruled from.”
Ophel” means to “rise above,” and refers to a higher element of the natural landscape.
The excavations take place some 50 meters between the City of David and the Temple Mount’s southern wall.
http://www.jpost.com/Israel-News/Ophel-excavation-director-discusses-biblical-discoveries-Temple-Mount-543681

Ophel- In Hebrew - the name of the fortified hill on the south-east of the temple mount. Its root name in Hebrew is o-ph-el, which means "climb" or "ascend". It was translated to "tower", "hill", "cliff" or "fort" in various translations.
The Ophel (Hebrew: עֹ֫פֶל‎ ‘ōp̄el), refers to a specific part in two cities: the extended City of David (the oldest part of Jerusalem), as in 2 Chronicles 27:3; 33:14, Nehemiah 3:26; 11:21. 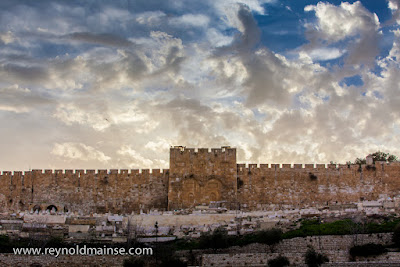 Isaiah 62
I have set watchmen on your walls, O Jerusalem;
They shall never hold their peace day or night.
You who make mention of the Lord, do not keep silent,
7 And give Him no rest till He establishes
And till He makes Jerusalem a praise in the earth.

10 Go through,
Go through the gates!
Prepare the way for the people;
Build up,
Build up the highway!
Take out the stones,
Lift up a banner for the peoples!

11 Indeed the Lord has proclaimed
To the end of the world:
“Say to the daughter of Zion,
‘Surely your salvation is coming;
Behold, His reward is with Him,
And His work before Him.’”
12 And they shall call them The Holy People,
The Redeemed of the Lord;
And you shall be called Sought Out,
A City Not Forsaken. 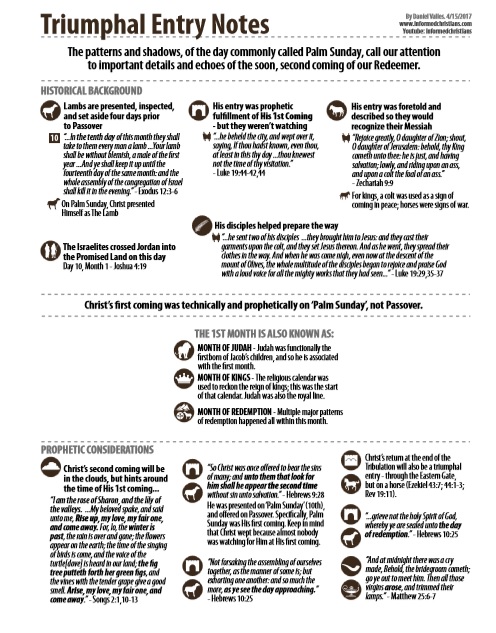 We are at the time of year that rehearses when Christ came the first time, officially as King: the Triumphal Entry. We are told to be looking for Him, the second time, so this is a high time of expectation, as we review more patterns of redemption, and this special day in context.

The Mountains of Israel - Hebron, Shechem, Samaria and Jerusalem in history
and their relevance to today and prophecy.

Jerusalem (A rare video!) - an old originals photographs of the Holy City from 1853 and up
https://youtu.be/MFvHh5c6d-M

And they sung a new song, saying,
Thou art worthy to take the book, and to open the seals thereof:
for thou wast slain, and hast redeemed us to God by thy blood
out of every kindred, and tongue, and people, and nation;
And hast made us unto our God kings and priests:
and we shall reign on the earth.
Revelation 5:9-10 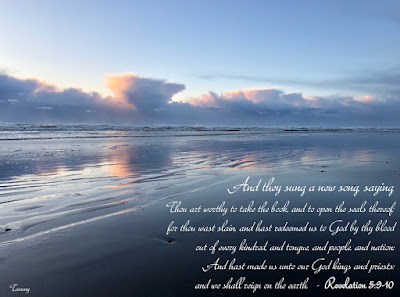 Children of Light - But everything exposed by the light becomes visible,
for everything that is illuminated becomes a light itself.
So it is said: “Wake up, O sleeper, rise up from the dead,
and Christ will shine on you.”
Pay careful attention, then, to how you walk, not as unwise but as wise,…
Ephesians 5:13-5  Berean Study Bible 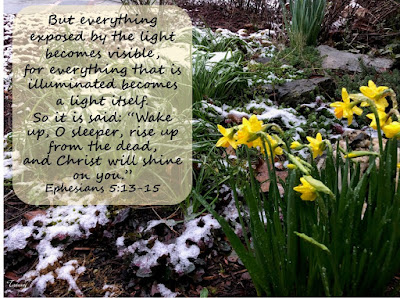 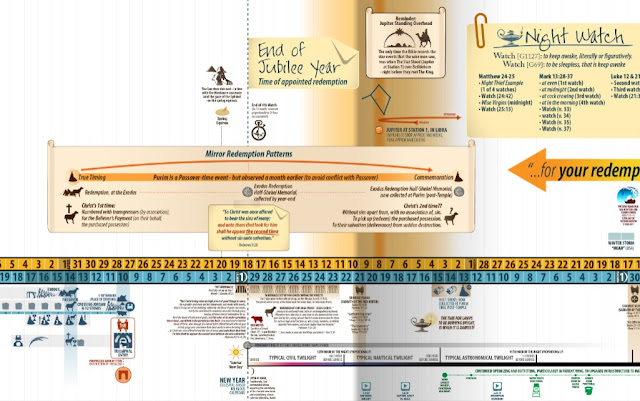 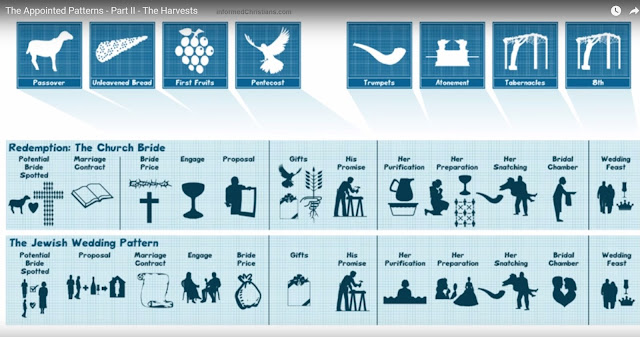 March 3 - RNC and Trump fundraiser at Mar-a-Lago in Florida
- https://cmgpbppostonpolitics.files.wordpress.com/2018/02/trump-invite.jpg
March 3 - 3rd Obama Gala Dinner @ Graceland (Elvis), Memphis
- https://obamagala.com/
https://www.eventbrite.com/e/3rd-annual-barack-obama-gala-tickets-42159718854
Throughout the event, a two-sided theme will emerge. Trust Black Women and History In The Making both speak to the reality that we are in the midst of a shift in the paradigm of how government thinks about the perspectives, contributions, and needs of black, female, young adult, and LGBTQ+ voters.
March 4 – Obama Gala Women’s Brunch - Memphis
March 4 – Oscar's - 90th Academy Awards (mirror of 60th Grammy's / ritual)

Week of March 5 // Guardians of the Galaxy
- https://popcornerreviews.com/2018/01/03/countdown-to-avengers-infinity-war-with-a-marvel-movie-marathon/
Mar 8 – 101st anniversary of the 1917 Communist Revolution


Mar 8 - UN International Women’s Day
March 9-18 - Winter Paralympics, South Korea
March 9 - movie "A Wrinkle in Time"
March 9/10 - 21 Adar ll 5708 - April 1, 1948: The success of Operation Nachshon marked the end the siege of Yerushalayim by its Arab neighbors, by bringing food to her starving residents.
March 9-10 - "Sabbath of the Red Heifer." It commemorates the custom of ritual cleansing for those on a Passover Pilgrimage to Jerusalem. It is the Sabbath preceding Shabbat Ha-Chodesh. It is the third of four special Sabbaths. Today the Parashah is Va-Yakhel which means "Gathered Together." Today the Parashah is Pekudei which means "The Inventory." Today we celebrate reading the last Parashah of Exodus or "Shemot." At the end of the reading we say, "Be strong! Be strong! And may we be strengthened!" 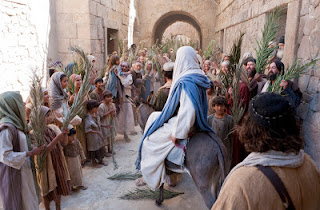 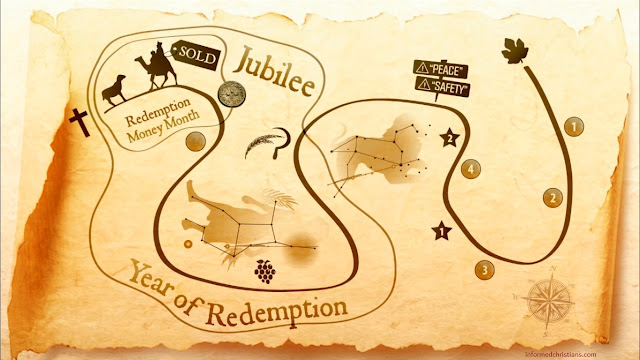 Redemption Reminders - Hebrews 8:1-6 / Ephesians 1:11-14
Jesus told us what the signs would mean, when we saw them: that our redemption was up ahead (nigh). So, now that we have seen a whole bevy of recent celestial signs, the next thing we should be looking for is, not signs - but redemption. Particularly, looking for things that remind us of how He came the first time - knowing He is coming a second time. So it should not surprise us that, now (post-signs), we are brought right to a time of multiple redemption pictures - reminders that we are awaiting the redemption of the already-purchased possession! Looking up! Maranatha!
https://youtu.be/H_wZF9zwPjM