The Lord is my shepherd - Capella


The Lord is my shepherd; I shall not want. He maketh me to lie down in green pastures: he leadeth me beside the still waters. He restoreth my soul: he leadeth me in the paths of righteousness for his name's sake. ...

Genesis 1:14
And God said, Let there be lights in the firmament of the heaven
to divide the day from the night;
and let them be for signs, and for seasons, and for days, and years. 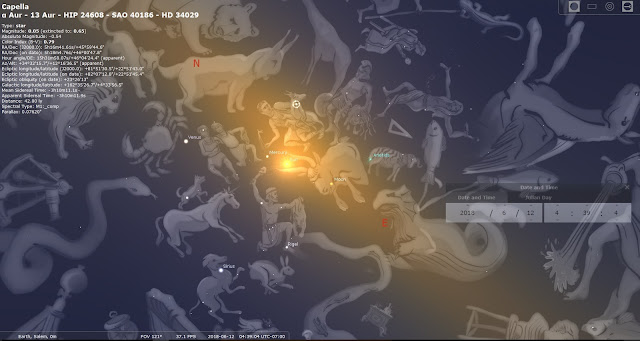 Capella in the news...

Capella hotel's self proclaimed road to paradise/garden of Eden, rich in palms (phoenix type), built in a circle/snake like

Bullinger on Capella
AURIGA is from a Hebrew root which means a shepherd. It is a beautiful constellation of 66 stars; one of the 1st magnitude, two of the 2nd, nine of the 4th, etc. The brightest star, a (in the body of the goat), points her out as the prominent feature of the constellation, for its name Alioth (Hebrew) means a she goat. It is known by the modern Latin name Capella, which has the same meaning.

She goat in the Bible 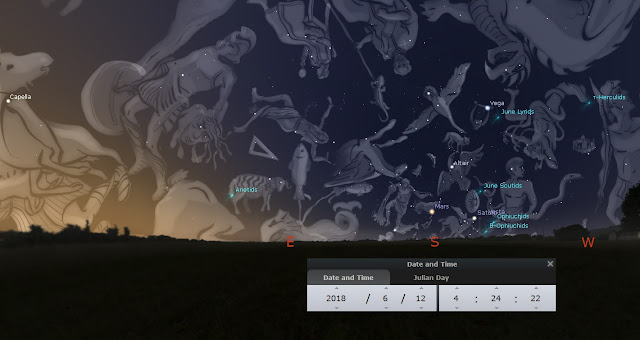 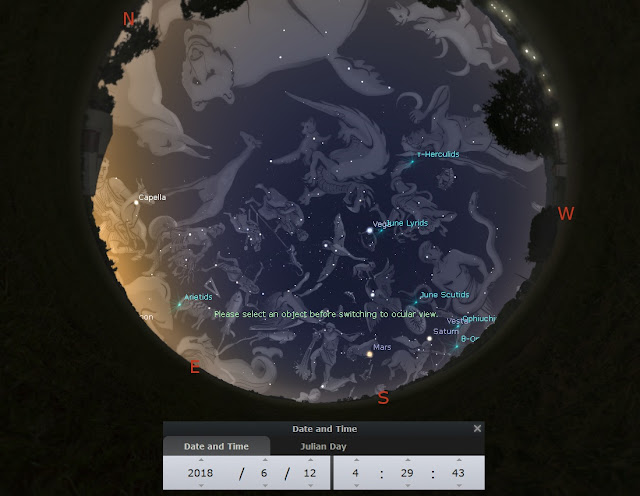 The heavens declare the glory of God;
and the firmament sheweth his handywork.
Day unto day uttereth speech,
and night unto night sheweth knowledge.


But we see Jesus,
who was made a little lower than the angels for the suffering of death,
crowned with glory and honour;
that he by the grace of God should taste death for every man. 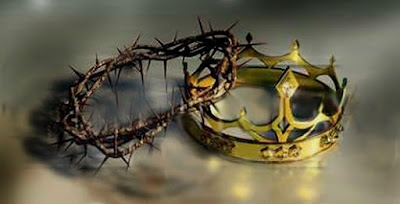 The month of June has brought a new focus on CROWNS, royalty, and ultimately to the heavenly throne and our Savior and eternal King!

And I looked, and behold a white cloud,
and upon the cloud one sat like unto the Son of man,
having on his head a golden crown,
and in his hand a sharp sickle.
Revelation 14:14

The events this month keep us focused on CROWNS – the Queen’s 65th Coronation anniversary, the TRIPLE CROWN race at Belmont won by the horse Justify, etc.!  The symbols keep catching our attention!

Even the news media draws awareness to CROWNS and KINGS!


War Between Asa and Baasha
…19“Let there be a treaty between me and you, between my father and your father. See, I have sent you a gift of silver and gold. Now go and break your treaty with Baasha king of Israel, so that he will withdraw from me.” 20And Ben-hadad listened to King Asa and sent the commanders of his armiesagainst the cities of Israel, conquering Ijon, Dan,Abel-beth-maacah, and the whole land of Naphtali,including the region of Chinnereth. 21When Baasha learned of this, he stopped fortifying Ramah and withdrew to Tirzah.…
Berean Study Bible
http://biblehub.com/1_kings/15-20.htm 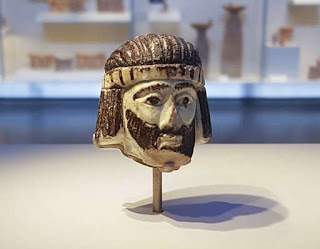 Sculpted head of mystery biblical king found in Israel
by Associated Press / Jun.09.2018 / 4:55 AM ET
A sculpture of a king's head dating to biblical times that was found near Israel's northern border with Lebanon, on display at the Israel Museum.
Ilan Ben Zion / AP
JERUSALEM — An enigmatic sculpture of a king's head dating back nearly 3,000 years has set off a modern-day mystery caper as scholars try to figure out whose face it depicts.
The 2-inch sculpture is an exceedingly rare example of figurative art from the Holy Land during the 9th century B.C. — a period associated with biblical kings. Exquisitely preserved but for a bit of missing beard, nothing quite like it has been found before.
The royal figurine is made of faience, a glass-like material that was popular in jewelry and small human and animal figurines in ancient Egypt and the Near East.
The bearded figure's hair is pulled back in thick locks that cover the ears, and is held in place by a striped diadem of gold. Its hairstyle looks similar to the way ancient Egyptians depicted neighboring Near Eastern peoples in art.
[The identity is unknown] it could be kings Ben Hadad or Hazael of Damascus, Ahab or Jehu of Israel, or Ithobaal of Tyre, all characters appearing in the biblical narrative.

Sculpted head of mystery biblical king found in Israel. An enigmatic sculpture of a king’s head dating back nearly 3,000 years has set off a modern-day mystery caper as scholars try to figure out whose face it depicts.
http://www.dailycrow.com/
https://www.nbcnews.com/news/world/sculpted-head-mystery-biblical-king-found-israel-n881681

A Rare Sculpture—Possibly of a Biblical Monarch—Puts a Face on Ancient Israel
Archaeologists working in the ancient city of Abel Beth Maacah in northern Israel have found a detailed miniature sculpture of a head.

The sculpture depicts a man with long, black hair and a beard who is wearing a yellow and black headband. He has dark, almond-shaped eyes and a serious expression on his face. Carved in a glazed ceramic called faience, the head is only about 2 inches by 2.2 inches in size and was once part of a small statuette, now lost, that was 8 to 10 inches [high]. . . .

The quality of the carving and its seemingly careful placement inside a possible administrative building at the peak of the city indicate that it depicts an elite person. . . . “We’re guessing probably a king, but we have no way of proving that,” …

If this was a king, which one?  … the borders of three different kingdoms—Israel, Tyre, and Aram-Damascus—were near Abel Beth Maacah. . . . Given the long stretch of time during which the sculpture could have been created and the fact that control of Abel Beth Maacah changed throughout this period, the sculpture could depict numerous kings . . . Three possibilities are King Ahab of Israel, King Hazael of Aram-Damascus, and King Ethbaal of Tyre, but there are many other candidates.
https://www.theyeshivaworld.com/news/israel-news/1536586/sculpted-head-of-mystery-biblical-king-found-in-israel-thought-to-be-3000-years-old.html 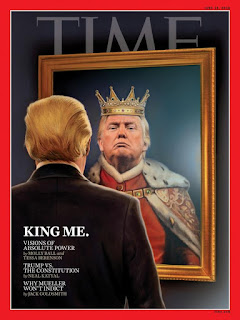 On Time's June cover, Donald Trump is seen gazing into a mirror seeing reflection of himself dressed up as a King, with a jeweled crown and a fur robe.
Donald Trump Is King In TIME’s Latest Cover. Here Are All the TIME Covers Featuring Donald Trump Since the Start of His Presidential Campaign.
No one has been featured as many times as Richard Nixon, who appeared on the cover 55 times.
TIME Cover: The Story Behind the 'Stormy' Donald Trump Art
http://time.com/5303844/donald-trump-king-cover/
Artist Tim O’Brien’s video - The illustration, by artist Tim O’Brien, shows the kingly reflection of Trump making eye contact with the reader in a mirror framed to look like the president's official portrait.
Time envisions Trump in crown, robe: ‘King me’
http://thehill.com/homenews/media/391137-time-envisions-trump-in-crown-robe-king-me
June 7/8, 2018 cover article:
http://time.com/5304206/donald-trump-discredit-mueller-investigation/
Tim O'Brien - bird with snake art - http://time.com/vr-is-for-artists/


Our focus is returned to the true King….

Crown Him with Many Crowns
Kingsway Music
https://youtu.be/YuMh_ept-Js

Crown Him with Many Crowns
Maranatha Singers
https://youtu.be/JWCEFKsZqLY

Crown of Righteousness
There is laid up for me the crown of righteousness,
which the Lord, the righteous Judge,
will give to me on that Day, and not to me only
but also to all who have loved His appearing.
2 Timothy 4:8﻿

The Holy Crown
Turban (Heb. misnepet, "wound around"). According to Josephus and Philo the turban of the high priest consisted of an ordinary priest's cap with a turban of dark blue color over it. On the front of this latter was a diadem of pure gold (i.e., a thin gold plate) on which was engraved "Holy to the Lord," fastened with a dark blue cord <Exo. 28:36-38; 39:30-31>.
https://www.bible-history.com/tabernacle/TAB4untitled00000199.htm

There are five heavenly crowns mentioned in the New Testament that will be awarded to believers. They are the imperishable crown, the crown of rejoicing, the crown of righteousness, the crown of glory, and the crown of life. The Greek word translated “crown” is stephanos (the source for the name Stephen the martyr) and means “a badge of royalty, a prize in the public games or a symbol of honor generally.”

And when the Chief Shepherd appears,
you will receive the crown of glory
that will never fade away. 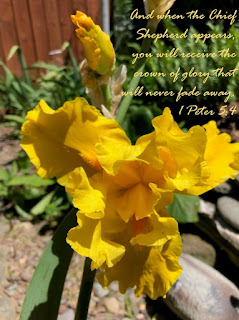 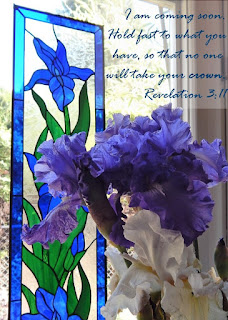 I am coming soon. Hold fast to what you have,
so that no one will take your crown.
Revelation 3:11 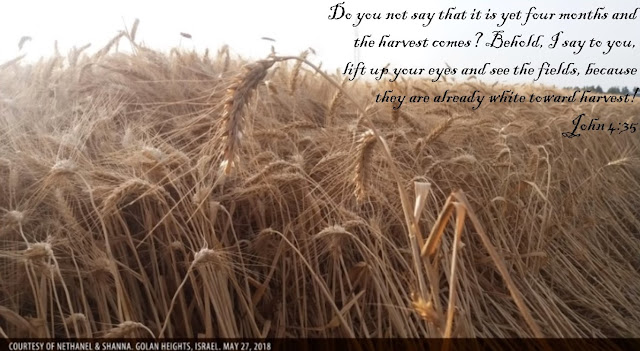 Do you not say that it is yet four months and the harvest comes?
Behold, I say to you, lift up your eyes and see the fields,
because they are already white toward harvest!
John 4:35

Revelation 6:1-2
1And I saw when the Lamb opened one of the seals, and I heard, as it were the noise of thunder, one of the four beasts saying, Come and see.
2 And I saw, and behold a white horse: and he that sat on him had a bow; and a crown was given unto
him: and he went forth conquering, and to conquer. 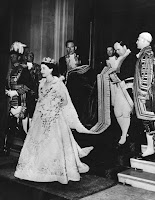 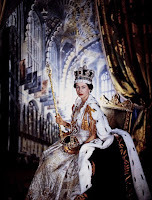 June 7 - A Dragon, and a former pole star
http://earthsky.org/tonight/see-draco-the-dragon-and-a-former-pole-star

June 8-9 - 44th G7 Charlevoix Summit - https://g7.gc.ca/en/
June 7-10 - 66th Bilderberg Meeting in Turin, Italy - http://bilderbergmeetings.org/
June 7-9 - The Belmont Stakes is the final leg for Justify, to be run on  in New York
June 9 - Race Day  - https://en.wikipedia.org/wiki/Belmont_Stakes
The final and longest leg of the United States Triple Crown
"The Third Jewel of the Triple Crown"
The Test of the Champion
"The Run for the Carnations"
https://en.wikipedia.org/wiki/Belmont_Park
https://www.belmontstakes.com/news/

June 18 – Order of the Garter Service @ St. George's Chapel (2017 was cancelled)
(Prince William was made a Knight of the Garter in 2008 – member #1,000, and Prince Harry is expected to join the Order's ranks in the near future.)
http://www.trooping-the-colour.co.uk/garter/  * https://www.royal.uk/order-garter
https://www.cnn.com/style/article/royal-wedding-st-george-chapel-prince-harry-meghan-markle/index.html
https://en.wikipedia.org/wiki/Order_of_the_Garter
The Most Noble Order of the Garter
https://www.stgeorges-windsor.org/about-st-georges/history/the-order-of-the-garter/
https://www.royal.uk/appointments-order-garter (April appointments - no Harry) 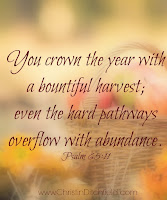 June 25 - The first World Conference on “Religions, Creeds and Value Systems: Joining Forces to Enhance Equal Citizenship Rights” will be under the Patronage of His Royal Highness Prince El Hassan bin Talal of Jordan in Geneva 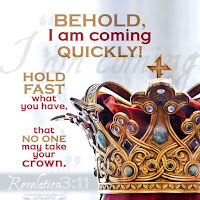 There is laid up for me the crown of righteousness,
which the Lord, the righteous Judge,
will give to me on that Day, and not to me only
but also to all who have loved His appearing.
2 Timothy 4:8﻿ 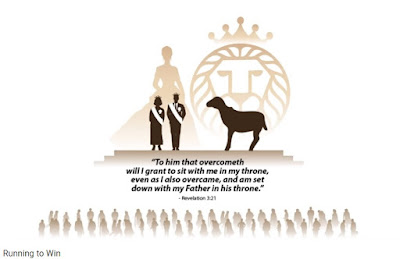 To him that overcometh will I grant to sit with me in my throne,
even as I also overcame, and am set down with my Father in his throne.
Revelation 3:21

And I looked, and behold a white cloud,
and upon the cloud one sat like unto the Son of man,
having on his head a golden crown, and in his hand a sharp sickle.
Revelation 14:14

Pride and Justice. Salvation and Judgment. Time is Short!
https://youtu.be/dedJXCb9xKo 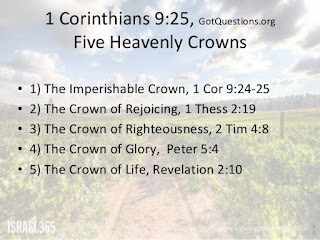 The Five Crowns in Scripture
https://thefigtreeahebrewyisraelitetorahstudygroup.wordpress.com/2014/08/26/2234/
Jewish brides and grooms wear crowns or tiaras to denote their position that day as king and queen.
https://hubpages.com/religion-philosophy/Crown-Ancient-Jewish-Bridal-Attire

Look up!
Enjoy this beautiful, uplifting song of hope!!
https://youtu.be/VkY1cEl1vfA