And while he was in Bethany in the House of Shimeon the Potter, [a man who had previously had leprosy] as he was reclining, a woman came who had with her an alabaster vase of ointment of the best spikenard, very expensive, and she opened it and poured it on Yeshua's head.
But there were some of the disciples who were displeased within themselves and they said, "Why the loss of this ointment?" "It would have been possible to sell this for more than 300 denarii and for it to be given to the poor." And they were indignant at her. But Yeshua said, "Let her alone. Why are you troubling her? She has done a beautiful deed for me." "For the poor are always with you, and whenever you wish, you can do good for them, but I am not always with you." "She has done what she could, and she has anticipated anointing my body for burial." And amen, I say to you, that everywhere that this my gospel shall be preached in all the world, this thing that she has done shall also be spoken in her memory." 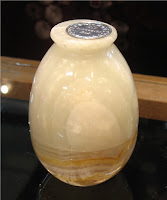 An alabastron (from Greek (Strong's 211) ἀλάβαστρον; plural: alabastra or alabastrons) is a small type of pottery or glass vessel used in the ancient world for holding oil, especially perfume or massage oils. They originated in ancient Egypt as containers carved from alabaster – hence the name.

The precious spikenard oil held in alabaster was used to anoint Christ before his death and burial. The fragrance infused the dwelling and prepared the way for the greatest sacrifice and miracle to come – the death and resurrection of Jesus. 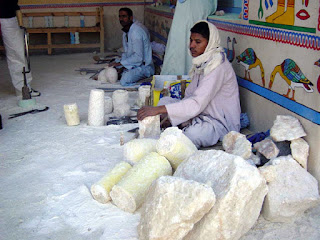 You cannot talk about Egypt without mentioning alabaster, an artistic handicraft that boasts a millenniums old history and a noble tradition that can be felt in almost every nook and cranny of the country. The secrets of the manufacture of this warm and luminous stone have been handed down from generation to generation, throughout the ages, and still represent one of the pinnacles of Egyptian handicrafts.

The world is fascinated by the customs of Egypt. It is especially noteworthy as the biblical month of Abib (Nisan) starts.  The beginning of God’s spiritual calendar – marking the New Year. Even this month takes us back to Egypt.  The time of rebirth – the start of the growing season. It was the time release for the Hebrew captives as God rescued them from their years of slavery and came out of Egypt.

Exodus 12:1-2, 13-14
“And the Lord spake unto Moses and Aaron in the land of Egypt saying,
This month shall be unto you the beginning of months:
it shall be the first month of the year to you.”

“And the blood shall be to you for a token upon the houses where ye are:
and when I see the blood, I will pass over you,
and the plague shall not be upon you to destroy you,
when I smite the land of Egypt. And this day shall be unto you for a memorial;
and ye shall keep it a feast to the Lord throughout your generations;
ye shall keep it a feast by an ordinance for ever.”

Nard / Spikenard
Greek: νάρδος, νάρδου, ἡ
Hebrew: נֵרְדְּ, Song of Solomon 1:12; Song of Solomon 4:13f)
Sanskrit: naladâ; Persian: nârdîn
https://biblehub.com/greek/3487.htm
https://biblehub.com/hebrew/5373.htm
Nard (Spikenard), Nardostachys Jatamansi, does not grow naturally in Israel. It is a fragrant East Indian plant, native of the Himalayan region,  belonging to the genus Valeriana, which yields a most precious ointment. Nard is a perennial herb that has a long tap roots or rhizomes that are used to make nard. In the Roman Empire, nard was the main ingredient in a perfume called nardinum.  From its blackish roots a perfume for the hair is still prepared in India and used in a variety of traditional Indian medicines. Supposedly nard was an ingredient in the Israelite Temple incense.
https://godasagardener.com/2018/02/20/wasting-or-trusting
https://biblehub.com/topical/s/spikenard.htm
https://invitationtothegarden.wordpress.com/2018/06/27/herbs-and-spices-in-the-bible
https://www.slideshare.net/dkooyers/john-12113-social-gospel-attitudes-about-jesus-reclining-nard-perfume-poor-the-name-of-god-the-name-above-every-name
Spikenard History and Spiritual Meaning | Essential Oils of the Bible
https://youtu.be/eyzS3NwWRDE
Some news out of Egypt:

The rising of the statue of Pharaoh out of the mud in Heliopolis
https://www.apollo-magazine.com/can-long-lost-egyptian-colossus-save-ancient-heliopolis/
Alabaster Queen statue discovered on the west bank of Luxor along the Nile River
http://www.livescience.com/58401-statue-of-king-tut-grandmother-possibly-discovered.html
Earthquake, M4.0 - M3.3 in Cairo - March 25, 2017
http://www.africanews.com/2017/03/25/at-least-nine-injured-in-cairo-building-collapse-after-33-earthquake-struck
Egypt’s former leader, Mubarek, returned home to Heliopolis
https://tribune.com.pk/story/1364665/egypts-former-leader-mubarak-walks-free-first-time-six-years/
Egypt’ pyramids to share stage with pharaoh’s boats
http://www.thenational.ae/world/middle-east/egypts-pyramids-to-share-stage-with-pharaohs-boats 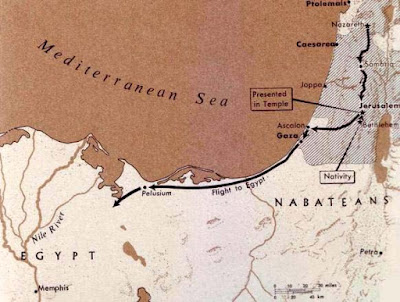 In studying the journey of the wise men at Jesus’ birth we were reminded that the family fled with their young son to Egypt.  At the death of the ruler, Herod, Tetrarch of Galilee and Perea, Joseph, Mary and the boy Jesus came out of Egypt and returned to their homeland, settling in Nazareth (Matthew 2:13-15, 19-23). Hosea 11:1 - When Israel was a child, I loved him, and out of Egypt I called My son. 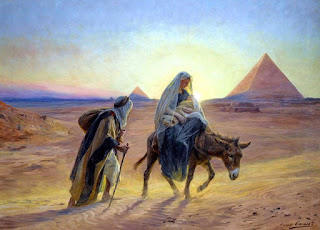 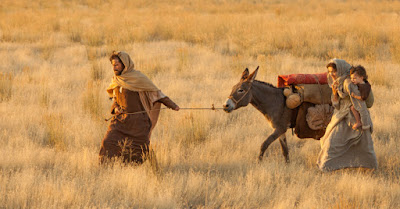 My Deliverer Is Coming - Rich Mullins (Lyrics)
https://youtu.be/harMWNdudXs
Joseph took his wife and her child
And they went to Africa [Egypt]
To escape the rage of a deadly King
There along the banks of the Nile
Jesus listened to the song
That the captive children used to sing
They were singin'
Hosea 11:1 - When Israel was a child, I loved him, and out of Egypt I called My son.

Another association covered by the media is the replica triumphal arch from Palmyra, Syria, made of Egyptian marble. The 2/3 size remake has traveled to major financial hubs of the world:  London, Manhattan (NYC) and Dubai. This symbol has garnered attention from elite world leaders as it was displayed at the Dubai World Summit and is now set up at the G7 Cultural Summit in Florence, Italy. 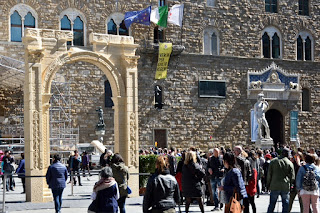 This attention to Egypt – a major historical power – restates some important aspects of our Savior’s life.
·         - Fleeing to Egypt as a young child to be protected from the wrath of the ruler Herod.
·         - The Via Maris route from Egypt to Damascus that Jesus would have walked along.
·         - The alabaster (from Egypt) that contained oil for his anointing
– a reminder of fragrances he received at birth and the later escape to Egypt. 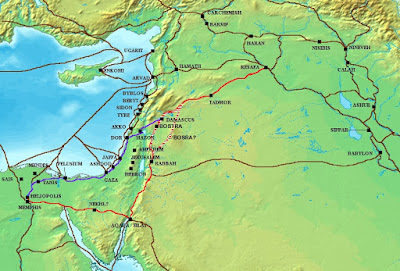 For us today, the lesson is to come out of “spiritual Egypt.”
(“… spiritually is called Sodom and Egypt…”-  Revelation 11:8)

“And I heard another voice from heaven, saying,
Come out of her, my people, that ye be not partakers of her sins,
and that ye receive not of her plagues.” 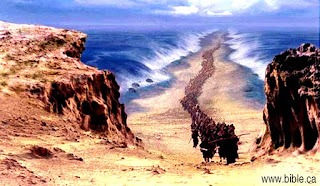 Out of Egypt - Part I 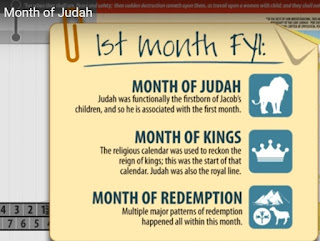 
April 9, 2017 - Part of Egyptian Statue May Have Been Discovered by Temple Mount ‘Sifters’
http://www.jewishpress.com/news/israel/jerusalem/part-of-egyptian-statue-may-have-been-discovered-by-temple-mount-sifters/2017/04/09/

I will greatly rejoice in the Lord,
My soul shall be joyful in my God;
For He has clothed me with the garments of salvation,
He has covered me with the robe of righteousness,
As a bridegroom decks himself with ornaments,
And as a bride adorns herself with her jewels. 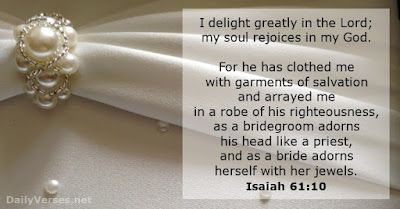 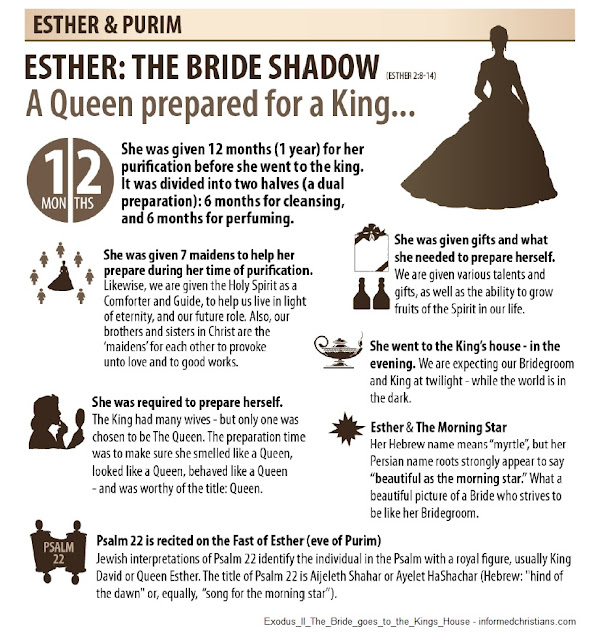 Exodus II - The Bridge Goes to the King's House

Ongoing
Feb 7 - Mar 5 - We Were Strangers Once Too - http://www.timessquarenyc.org/times-square-arts/projects/at-the-crossroads/we-were-strangers-once-too/index.aspx

Updated plans were announced in the Institute for Digital Archaeology (IDA) newsletter.
Arch of Triumph of Palmyra replica will have a "major installation and presentation at the G7 Summit in Florence" at the Palazzo della Signoria (location of David and Neptune statues)
Palazzo della Signoria - Florence, (Tuscany) Italy
Mar 24-27 - Arch displayed   http://g7arch.org/
Mar 30 @ 2:00 - unveiling ceremony of arch
Mar 30-31 - G7 Summit / Conclave of cultural ministers
Following will be a "six month series of events at the Museum of Archaeology in Arona, Italy." The arch will be on display as part of a larger exhibit and renaming of the Museum of Archaeology.
http://digitalarchaeology.org.uk/newsletter
https://en.wikipedia.org/wiki/Piazza_della_Signoria 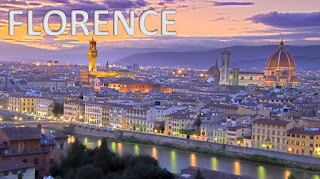 I am absolutely amazed that the stars we see are the same ones Abraham saw....the celestial lights are true witnesses for all generations.

Then God said, “Let there be lights in the firmament of the heavens
to divide the day from the night;
and let them be for signs and seasons, and for days and years.
Genesis 1:14


Pi Day is celebrated on March 14th (3/14) around the world. Pi (Greek letter “π”) is the symbol used in mathematics to represent a constant — the ratio of the circumference of a circle to its diameter — which is approximately 3.14159.  http://www.piday.org/ 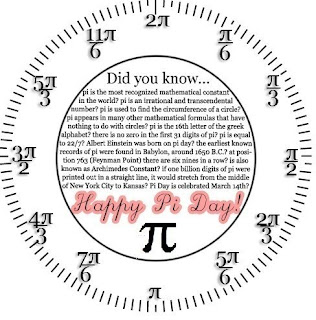 [ A Book of Remembrance ] Then those who feared the Lord spoke to one another,
And the Lord listened and heard them; So a book of remembrance was written before Him
For those who fear the Lord And who meditate on His name. 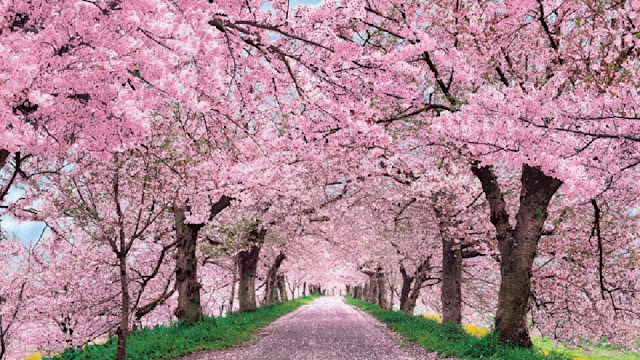 
An in depth preview of the upcoming events and what the symbolize.