Abide in Me, and I in you.
As the branch is not able to bear fruit of itself
unless it abides in the vine,
so neither you, unless you abide in Me.
John 15:4 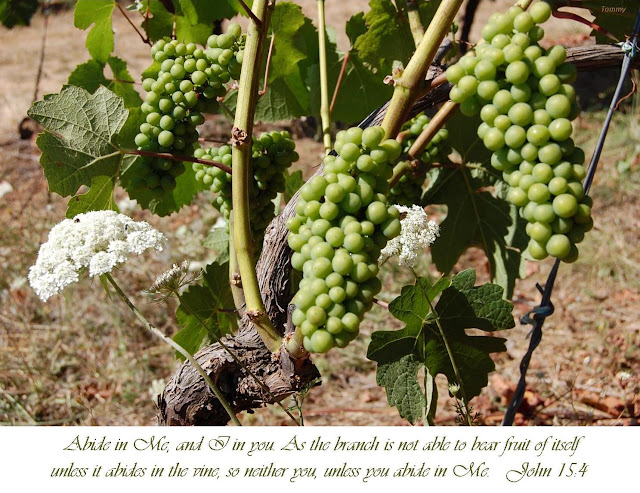 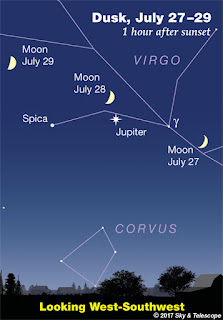 A Third of the Stars (video) - https://youtu.be/j1STvP2j-KI
On the very first page of the Bible, we are told that the celestial lights were created for signs - and to divide day and night, and for telling time. When we study, and combine these characteristics, we have a greater understanding of how (and when) John saw the dragon sign, and what conditions were present when he saw a third of the stars cast down to the earth. We are forewarned about these events, to guide our understanding to have our expectation now. Maranatha! 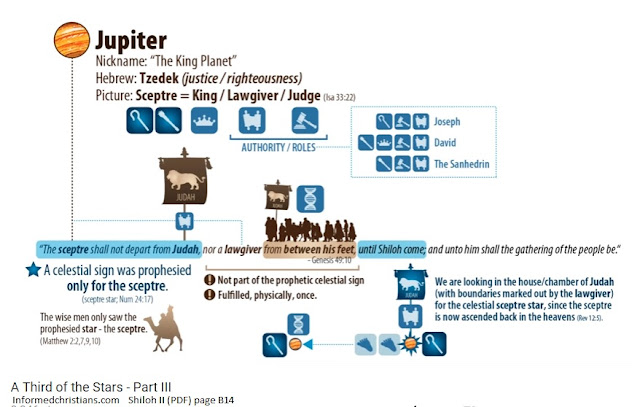 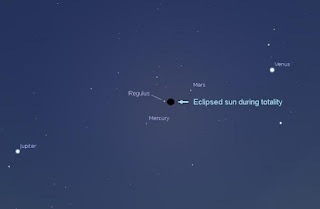 Av (Hebrew: אָב‎‎, Standard Av Tiberian ʾĀḇ Aramaic אבא Abba; from Akkadian abu; "father") is the eleventh month of the civil year and the fifth month of the ecclesiastical year on the Hebrew calendar. The name is Babylonian in origin and appeared in the Talmud around the 3rd century.
Av - Wikipedia - https://en.wikipedia.org/wiki/Av

Father Abraham / UNESCO vote an assault to Israel's fatherhood
Abraham (Hebrew: אַבְרָהָם, Modern Avraham, Tiberian ʾAḇrāhām), originally Avram or Abram, is the common patriarch of the three Abrahamic religions.[1]
In Jewish tradition, Abraham is called Avraham Avinu (אברהם אבינו), "our father Abraham," signifying that he is both the biological progenitor of the Jews
https://en.wikipedia.org/wiki/Abraham
https://en.wikipedia.org/wiki/Cave_of_the_Patriarchs
https://en.wikipedia.org/wiki/Cave_of_the_Patriarchs_massacre
7-7-17
UNESCO rules Cave of the Patriarchs as Palestinian
The Jerusalem Post-Jul 7, 2017
“This time, they determined that the Cave of the Patriarchs in Hebron is a Palestinian heritage site, meaning that it is not a Jewish site and that it ...
Netanyahu invited to hold cabinet meeting at Cave of the Patriarchs
americanisraelite.com · 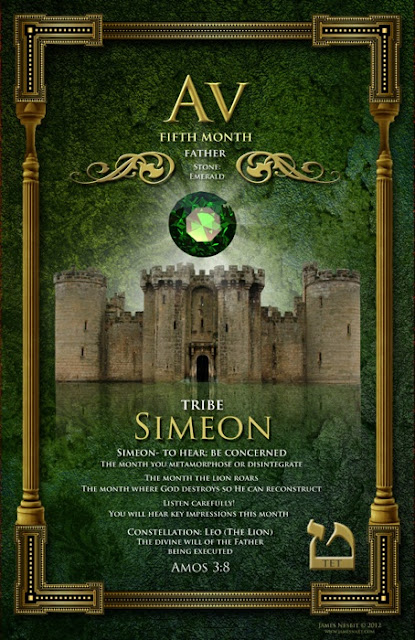 Aug 1 – Tisha B'Av
- http://www.hebrew4christians.com/Holidays/Summer_Holidays/Tishah_B_Av/tishah_b_av.html
Aug 1 – Lammas Day - A pagan festival to mark the annual wheat harvest, and is the first harvest festival of the year. "In the medieval agricultural year, Lammas also marked the end of the hay harvest that had begun after Midsummer. At the end of hay-making a sheep would be loosed in the meadow among the mowers, for him to keep who could catch it.    https://en.wikipedia.org/wiki/Lammas
Aug 1 - NNO - USA National Night Out - https://natw.org/
Aug 4 - premiere Dark Tower - Stephen King movie 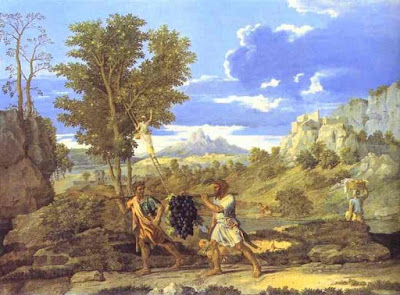 That place was called the valley of Eshcol,
because of the cluster which the children of Israel
cut down from there.
Numbers 13:24


Aug 5-31 - Chutzot Hayotzer - The Municipality of Jerusalem, Jerusalem Development Authority and Ariel Ltd. http://www.gojerusalem.com/events/1812/Chutzot-Hayotzer/
Since 1976, Hutzot Hayotzer and the Sultan's Pool area have been the site of the annual International Arts and Crafts Fair or Festival, a 12-day event. In biblical times, the land was part of the valley referred to as "Gehenna", which was used for worship rituals. In today's terms, it is placed within the north-south stretch of the Valley of Hinnom.
https://en.wikipedia.org/wiki/Hutzot_Hayotzer
Aug 7-10 in Jerusalem Wine Festival and Tu B'Av!!!
http://www.imj.org.il/en/node/710051
http://www.gojerusalem.com/events/1880/Israeli-Wine-Tasting-Festival/
http://www.imj.org.il/en/events
Aug 7/8 - Tu B'Av
- http://www.hebrew4christians.com/Holidays/Summer_Holidays/Tu_B_Av/tu_b_av.html
http://www.chabad.org/library/article_cdo/aid/144575/jewish/What-Is-Tisha-BAv.htm
http://www.chabad.org/parshah/article_cdo/aid/3700062/jewish/The-Meraglim-Spies-The-Full-Story.htm
Following Moses’ instruction, the spies took samples of fruit from the land. A cluster of grapes was so large that it took eight men to carry it. Two more men carried a pomegranate and a fig each, leaving Joshua and Caleb (who were wary of how the fruit would be used to portray the Holy Land as an abnormal place) to carry nothing at all.  Rashi on Numbers 13:23. 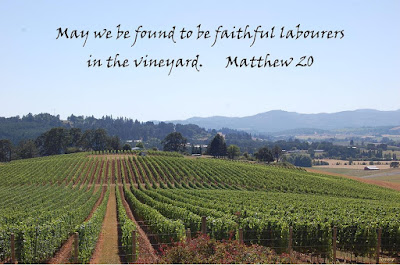 But some of the Pharisees in the crowd said to Him,
“Teacher, rebuke Your disciples!”
“I tell you, He answered, “if they remain silent,
the very stones will cry out.”
As Jesus approached Jerusalem and saw the city,
He wept over it and said,
“If only you had known on this day what would bring you peace!
But now it is hidden from your eyes. 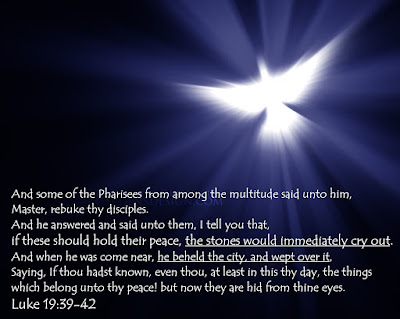 Reflecting on the words “the stones would cry out” I am reminded of a recent news story of water leaking in a tunnel at the Temple Mount in Jerusalem.  Apparently it was due to a leaking pipe, yet the symbolism and distinct timing is noteworthy.

Tuesday was the 17th of the Hebrew month of Tammuz, a fast day commemorating the day the Roman forces breached the walls of Jerusalem after a long siege in 69 CE. It begins the three week period of austerity leading up to the Ninth of Av, memorializing the destruction of the Jewish Temples.

On Tammuz 17, Noah released and sent the dove on its journey to find dry land of their destination. 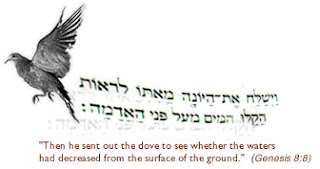 A Jerusalem resident of the Mount of Olives familiar with the Kotel (the Western Wall) was surprised to find water flowing from the stones. Though the source was mundane - the phenomenon was most probably due to leaky plumbing – it is cause for retrospection into what the signs preceding Messiah will look like when they actually do appear.

Water flowing from the Temple Mount is one of the precursors to the Messiah
described by the prophet Joel.  Joel 4:18

The watery sign is so significant that it is repeated by the Prophet Ezekiel,
who described it in detail. Ezekiel 47:1

November 3, 2015 - note again on a Tuesday  … But for some visitors to Jerusalem’s Western Wall on Tuesday, such an outpouring triggered jubilation rather than irritation. Faced with the sight of water flowing from the ancient stones, the worshipers interpreted the drizzle as no less than a harbinger of the coming of the messiah. A few years ago [prior to 2015] water was spotted emanating from stones next to the Border Police station adjacent to the Temple Mount and the Western Wall.

Triumphal Entry: In What Way Does Christ Weep for You? 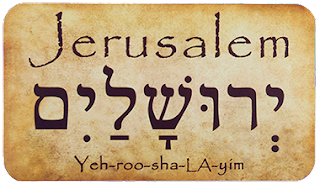 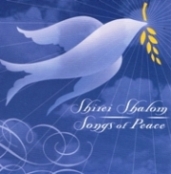 One of the prophetic names for the Messiah is Prince of Peace.

For unto us a child is born, unto us a son is given:
and the government shall be upon his shoulder:
and his name shall be called Wonderful, Counsellor,
The mighty God, The everlasting Father,
The Prince of Peace.

Jesus came in peace proclaiming hope and salvation;
yet he proclaimed a message warning as well.
Matthew 24, 25 and Luke 21

Matthew 24:1-3 And Jesus went out, and departed from the temple: and his disciples came to him for to shew him the buildings of the temple. And Jesus said unto them, See ye not all these things? verily I say unto you, There shall not be left here one stone upon another, that shall not be thrown down. And as he sat upon the mount of Olives, the disciples came unto him privately, saying, Tell us, when shall these things be? and what shall be the sign of thy coming, and of the end of the world?

Luke 21:34-36 And take heed to yourselves, lest at any time your hearts be overcharged with surfeiting, and drunkenness, and cares of this life, and so that day come upon you unawares. For as a snare shall it come on all them that dwell on the face of the whole earth. Watch ye therefore, and pray always, that ye may be accounted worthy to escape all these things that shall come to pass, and to stand before the Son of man. 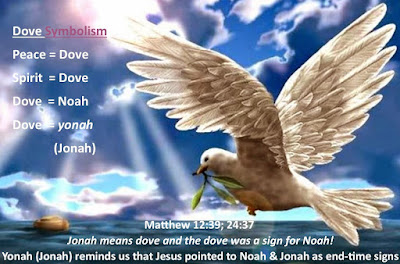 Just as Jesus presented the Gospel to the people of his day.  Jonah was sent to preach a warning from God to the city of Nineveh (modern Mosul, Iraq) - and they repented.  (Matthew 12:41)

Events of our day shout warning signs that are recorded in God’s word. (2 Timothy 3) 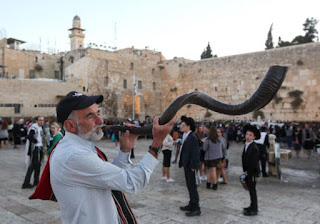 As Jerusalem is named a city of peace, so is my own hometown, Salem, Oregon.
Chemeketa is the native Kalapuya people name for the area – a place of rest or peace.
The early missionary Oregon Trail settlers, influenced by the Bible, named it Salem.

Unfortunately, our Capital city, state - and society at large - is not operating in a place of peace as they go contrary to the law of created nature and God’s word.

Oregon was the first in the nation to offer genderless identification.  Our State Legislature has voted to provide abortion services for all as well as condoning licentious lifestyles.
Oregon became the first U.S. state to allow residents to identify as "nonbinary," neither male nor female, on their driver licenses and identification cards Thursday in a decision by The Oregon Transportation Commission.
http://www.oregonlive.com/portland/index.ssf/2017/06/oregon_becomes_first_state_to.html
Oregon governor to sign unprecedented bill providing free abortions for all
Oregon Gov. Kate Brown signed a sweeping, unprecedented bill requiring insurers to provide free abortions for their customers, including illegal immigrants.
http://m.washingtontimes.com/news/2017/jul/6/kate-brown-oregon-governor-to-allow-free-abortions/
Oregon Senate approves abortion funding after emotional debate
http://www.statesmanjournal.com/story/news/2017/07/06/oregon-senate-approves-abortion-funding-after-emotional-debate/454194001/

Oregon is on the path of the upcoming August 21, 2017, solar eclipse.  It will be the first state in the USA to sight the eclipse as it moves from the west coast to the east coast.

Is There More To The Eclipse Than Meets The Eye?
The verifiable facts that the eclipse begins in the 33rd state (Oregon) and ends precisely at the 33rd parallel (South Carolina).  A total solar eclipse traversing the entire United States hasn't happened in 3 x 33 years and even more - the eclipse occurs exactly 33 days before the Revelation 12 Sign. Just as the Bible tells us to pray for Jerusalem, I also pray for our Salem. 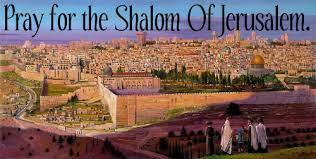 Pray for the peace of Jerusalem: they shall prosper that love thee.
Peace be within thy walls, and prosperity within thy palaces. 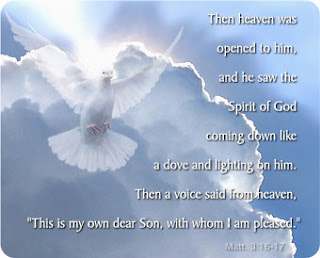 Matthew 3:16-17
And Jesus, when he was baptized, went up straightway out of the water:
and, lo, the heavens were opened unto him,
and he saw the Spirit of God descending like a dove,
and lighting upon him:
And lo a voice from heaven, saying,
This is my beloved Son, in whom I am well pleased.

More about the dove, Song of Solomon and videos of doves cooing ;-)
My previous blog - Hear the Doves 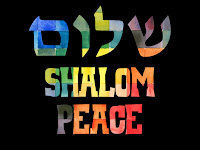