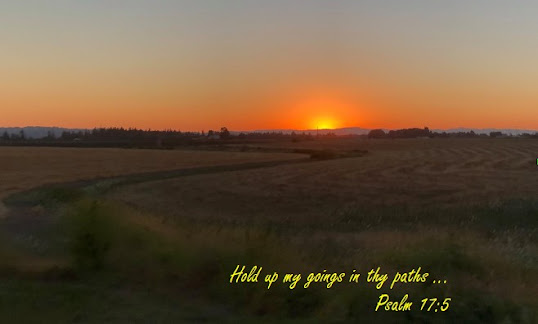 ‘ He will lead them to springs of living water’
Revelation 7:17
Celestial Signs - Genesis 1:14, Psalm 19
All planets of the solar system (including Pluto) in the dawn sky - a beautiful planetary spectacle.
July 12 - https://youtu.be/onIfMW3SOrA
SuperMoon / brightest
July 13/14 - Comet C/2017 K2 (PanSTARRS) is in the inner solar system, and now’s a great time to look for it. The comet’s closest approach to Earth will be on July 14, 2022, but a supermoon on July 13 will brighten the sky.
https://earthsky.org/astronomy-essentials/large-comet-c-2017-k2-panstarrs-summer-2022
https://earthsky.org/astronomy-essentials/visible-planets-tonight-mars-jupiter-venus-saturn-mercury
July 18 and 19 mornings: Jupiter near the moon
https://earthsky.org/astronomy-essentials/visible-planets-tonight-mars-jupiter-venus-saturn-mercury
July 29 - Sun, Moon & Mercury - Moon is not readily observable since it is very close to the Sun, at a separation of only 7° from it. Located in Cancer, moving toward Leo. (Luke 21:25)
https://in-the-sky.org/data/object.php?id=P301
https://in-the-sky.org/data/object.php?id=P1
Planets. Retrograde
https://earthsky.org/astronomy-essentials/visible-planets-tonight-mars-jupiter-venus-saturn-mercury
July 30 - New Moon over Jerusalem (Mount Scopus) sighted by Nehemia Gordon 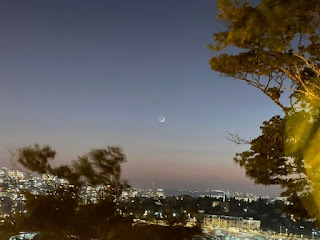 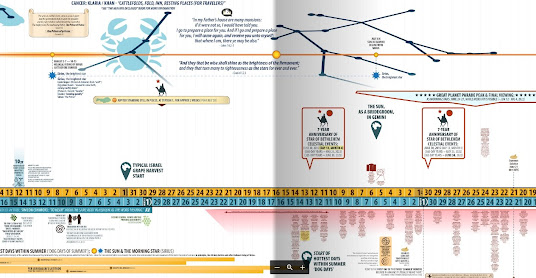 https://tammysnotes.home.blog/2022/07/17/heavenly-rainbow
GOD'S THRONE TOWERS OVER EARTH'S HISTORY--Revelation 4
https://youtu.be/0ZnQzZcMbPU
Heaven Song (with lyrics) by Phil Wickham
https://youtu.be/8PsgGW5N1fs
Yet I am always with You; You hold my right hand.
Psalm 73:23
You guide me with Your counsel, and later receive me in glory.
Psalm 73:24
May all who seek You rejoice and be glad in You; may those who love Your salvation always say, “Let God be magnified!”
Psalm 70:4
And I will walk in freedom, for I have sought Your precepts.
Psalm 119:45
We give thanks to You, O God; we give thanks, for Your Name is near. The people declare Your wondrous works.
Psalm 75:2
Micah 7:7
Israel Knesset dissolves
4th Election upcoming in November
NATO Summit
Record-breaking wildfires in Alaska are being fueled by a hot and dry start to summer
https://www.axios.com/2022/06/24/alaska-historic-wildfires-rage
https://www.adn.com/alaska-news/2022/06/20/fire-near-arctic-circle-sign-prompts-evacuations-at-nearby-campground
https://www.cnn.com/2022/06/29/weather/alaska-record-wildfires-heat/index.html
Mt. Etna erruption
July 1 - Iran quakes 6.1, 6.2M
https://www.youtube.com/channel/UCvK2X8F9RMphGy4Y6eJy_aQ/community
July 2 - Israel strikes Lebanon
https://www.youtube.com/channel/UCvK2X8F9RMphGy4Y6eJy_aQ/community
July 2 - Queen Elizabeth has been cutting back her public appearances for several months — and now her lighter workload is official.
The Sovereign's role comprises two distinct elements:
The role of Head of State, which is a formal constitutional concept, common to all nations and involves the official duties which The Queen, by constitutional convention, must fulfil. The role of Head of Nation, a much more symbolic role in the life of the Nation.
The annual report of the monarchy, which was released as the Sovereign Grant accounts were announced last week, revealed that the description of the Queen's role as head of state had been changed from 13 bulleted points to a less specific description. Additionally, those duties she "must fulfill" have been removed from the list, The Sunday Telegraph reported on July 2.
At the conclusion of her Platinum Jubilee in June, the Queen, 96, emphasized that she would continue to serve but was doing so with the support of her family — something those at the palace stress. As she has stepped back from some of her most high-profile public roles, others have stepped in. The most notable example was when Prince Charles, supported by Prince William, stood in for her at the State Opening of Parliament in May. Charles, 73, also represented his mother at Trooping the Colour and Royal Ascot. Charles, William and the Queen's only daughter, Princess Anne, often stand in for her at the ceremonies where honors are awarded too.
https://www.msn.com/en-us/lifestyle/lifestyle-buzz/queen-elizabeth-s-role-formally-rewritten-by-the-palace-for-first-time-in-more-than-10-years/ar-AAZb80G?ocid=msedgntp&cvid=6998f8c0a65a49b2b2d13bebed8859e3
https://assets.publishing.service.gov.uk/government/uploads/system/uploads/attachment_data/file/1086886/Sovereign_Grant_Annual_Report_and_Accounts_2021-22_for_laying.PDF
https://abcnews.go.com/US/thousands-anchovies-fall-sky-wash-ashore-bay-area/story
July 4 - World's richest man, Elon Musk, and other tech entrepreneurs visit Pope Francis - The billionaire tech mogul, Elon Musk, expressed his joy on Twitter after meeting with Pope Francis at Casa Santa Marta. Musk and four of his seven children met the Pope in a private audience.
The two have much in common—above all, an interest in ecology.
Musk is not the only tech entrepreneur that has visited Pope Francis in recent years. In January 2016, the Pope met with Tim Cook of Apple and in August the same year, with Facebook's Mark Zuckerberg.
At the outbreak of the pandemic, in 2020, Pope Francis contacted Microsoft and IBM with the hope of discussing the dangers of developing artificial intelligence without solid ethical foundations. - https://www.romereports.com/en/2022/07/04/worlds-richest-man-elon-musk-and-other-tech-entrepreneurs-visit-pope-francis - https://youtu.be/bFlU4FJqdAg
Italy glacier
Tammuz 5th / Ezekiel
July 5 - CERN 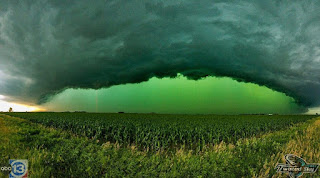 Revelation 7:9 - A Multitude from the Great Tribulation
After these things I looked, and behold, a great multitude which no one could number,
of all nations, tribes, peoples, and tongues,
standing before the throne and before the Lamb,
clothed with white robes, with palm branches in their hands,
The path of the righteous is level; You clear a straight path for the upright.
Isaiah 26:7
orach : אֹרַח - a way, path
https://biblehub.com/hebrew/734.htm
but no stranger had to lodge on the street, for my door has been open to the traveler—
Job 31:32 (orach)
How can a young man keep his way pure? By guarding it according to Your word.
Psalm 119:9
This is what the LORD says: “Stand at the crossroads and look. Ask for the ancient paths: ‘Where is the good way?’ Then walk in it, and you will find rest for your souls.
Jeremiah 6:16
derek : דֶּרֶךְ - way, road, distance, journey, manner
https://biblehub.com/hebrew/1870.htm
darak : דָּרַךְ - to tread, march
https://biblehub.com/hebrew/1869.htm
Go therefore to the crossroads and invite to the banquet as many as you can find.’
Matthew 22:9
diexodos: a public spot in a city
https://biblehub.com/greek/1327.htm
You guide me with Your counsel, and later receive me in glory.
Psalm 73:24
MARANATHA!!
https://tammyjdub.blogspot.com/2022/07/july-2022-events.html