I have come that they may have life,

and have it in all its fullness. 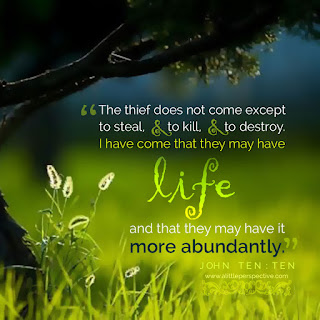 John 10:10   /  2222 Greek
…9 I am the gate. If anyone enters through Me, he will be saved. He will come in and go out and find pasture. 10The thief comes only to steal and kill and destroy. I have come that they may have life, and have it in all its fullness. 11I am the good shepherd. The good shepherd lays down His life for the sheep.
https://biblehub.com/john/10-10.htm

2222 zōḗ – life (physical and spiritual). All life (2222 /zōḗ), throughout the universe, is derived – i.e. it always (only) comes from and is sustained by God's self-existent life. The Lord intimately shares His gift of life with people, creating each in His image which gives all the capacity to know His eternal life.
https://biblehub.com/str/greek/2222.htm

Genesis 3:20
And Adam named his wife Eve,
because she would become the mother of all the living.

Zoe:  Means "life" in Greek. From early times it was adopted by Hellenized Jews as a translation of EVE.
https://www.behindthename.com/name/zoe
The name Zoel is a Greek baby name. In Greek the meaning of the name Zoel is: Alive.

This blanket really caught my eye!!!  Check out all the images and sayings...  ;-) 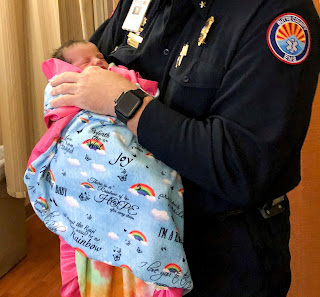 Woman names baby after medic who saved her during wildfire
On Dec. 12, more than a month after the fire began, Skinner gave birth via C-section to a full-term, healthy girl and named her after the man she believes saved her life.
“She’s a blessing in every way including what happened at the Camp Fire,” she said about her daughter, Zoele (rhymes with Noel) Mickey Skinner.
Skinner and her husband, Daniel, have three other children, ages 8, 6 and 4.

I searched and can't find this blanket or fabric ....

Many interesting reports coming from the California fires – be watchful!!!

Matthew 7:14    (777)
The Narrow Gate
13Enter through the narrow gate. For wide is the gate and broad is the way that leads to destruction, and many enter through it.
14But small is the gate and narrow the way
that leads to life, and only a few find it.
15Beware of false prophets. They come to you in sheep’s clothing, but inwardly they are ravenous wolves.…
https://biblehub.com/text/matthew/7-14.htm

Luke 18:30
…29“Truly I tell you,” Jesus replied, “no one who has left home or wife or brothers or parents or children for the sake of the kingdom of God 30will fail to receive many times more at the proper time— and in the age to come, eternal life.”
31Then Jesus took the Twelve aside and said to them, “Look, we are going up to Jerusalem, and everything the prophets have written about the Son of Man will be fulfilled.…
https://biblehub.com/luke/18-30.htm

Matthew 4:4
The Temptation of Jesus
…3The tempter came to Him and said,
“If You are the Son of God, tell these stones to become bread.”
4But Jesus answered, “It is written:
‘Man shall not live on bread alone,
but on every word that comes from the mouth of God.’”
5Then the devil took Him to the holy city and set Him on the pinnacle of the temple.…


But the Lord is the true God, he is the living God, and an everlasting king: at his wrath the earth shall tremble, and the nations shall not be able to abide his indignation.

1 Peter 1:23
For you have been born again, not of perishable seed,


but of imperishable,
through the living and enduring word of God.


In the beginning
God created the heavens and the earth. 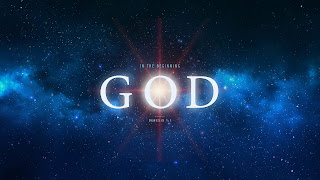 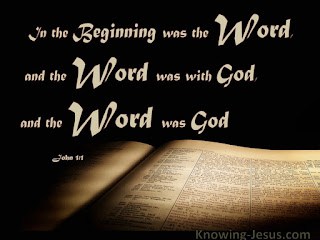 746 arxḗ – properly, from the beginning (temporal sense), i.e. "the initial (starting) point"; (figuratively) what comes first and therefore is chief (foremost), i.e. has the priority because ahead of the rest ("preeminent"). 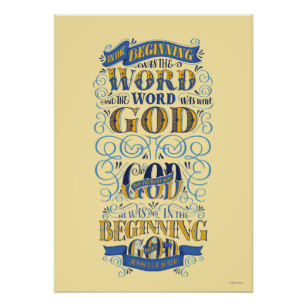 Proverbs 8:23
From everlasting I was established, from the beginning, before the earth began.

John 1:2
He was with God in the beginning.

John 1:14
The Word became flesh and made His dwelling among us. We have seen His glory, the glory of the one and only Son from the Father, full of grace and truth.

John 17:5
And now, Father, glorify Me in Your presence with the glory I had with You before the world existed.

Romans 9:5
Theirs are the patriarchs, and from them proceeds the human descent of Christ, who is God over all, forever worthy of praise! Amen.

Philippians 2:6
Who, existing in the form of God, did not consider equality with God something to be grasped,

Colossians 1:15
The Son is the image of the invisible God, the firstborn over all creation.

Colossians 1:17
He is before all things, and in Him all things hold together.

Revelation 19:13
He is dressed in a robe dipped in blood, and His name is The Word of God. 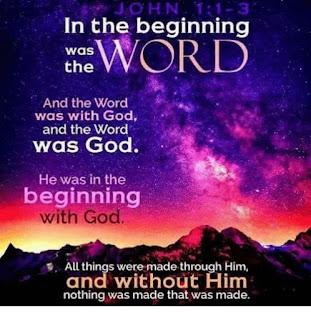 1 Peter 1:23
For you have been born again, not of perishable seed,


but of imperishable,
through the living and enduring word of God.

Feb 19. 2019 - Israel to launch moon lander carrying the Torah
To launch on February 19, will reveal satellite magnetic fields
The moon lander is called Beresheet, which means "in the beginning" and is the word that opens the Old Testament. Beresheet will launch from Cape Canaveral in the US on February 19 with a SpaceX Falcon rocket and will have at least two months of flight.
http://www.ansamed.info/ansamed/en/news/nations/israel/2019/02/05/israel-to-launch-moon-lander-carrying-the-torah_3babb194-57a2-4b60-a8ff-5bb6be5848b5.html
Launch to occur during a SUPER FULL MOON
- https://www.timeanddate.com/astronomy/moon/full-moon-names.html