He chose to give us birth
through the word of truth,
that we would be a kind of firstfruits of His creation.
James 1:18 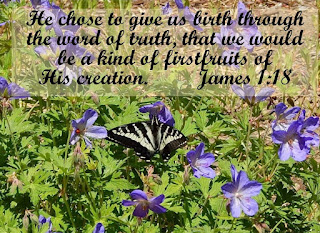 July 6 – at 3:51 a.m. EDT - Last Quarter Moon
July 6 – Sirius / Sun conjunction
July 6 - Earth at Aphelion
At 16:46 UTC on July 6, 2018, Earth will be at aphelion: the furthest point from the Sun in its yearly orbit.
The opposite happens in January when Earth reaches perihelion.

Thursday, July 26
• Mars is at opposition. It will actually be closest to Earth, and its absolute biggest and brightest, four days from now on the night of the 30th. But really, the difference between now and then is so tiny it'll be undetectable. Enjoy!

Friday, July 27
• Full Moon (exact at 4:20 p.m. EDT). Full Moon is opposition Moon, so it shines with brilliant Mars, which is just a day past its opposition.
https://www.skyandtelescope.com/observing/this-weeks-sky-at-a-glance-july-20-28/ 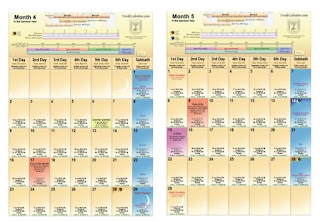 July 1 – Canada’s 151st birthday
July 1 = 17 Tammuz - http://torahcalendar.com/Calendar.asp?YM=Y2018M4
According to Jewish custom, marriage may be until Tammuz 16. The days of Tammuz 17 to Av 9, are considered 'no marriage days'. Av 9 is the anniversary day of the CULMINATION of final destruction of First and Second Temples.
17 Tammuz - 1099:
Crusaders captured Yerushalayim.
17 Tammuz 5536 - July 4, 1776:
The Declaration of Independence was announced in the "new" country of America promising religious freedom for all. The Declaration of Independence eventually provided the basis for religious tolerance in most other countries. 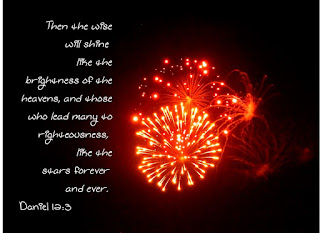 Then the wise will shine like the brightness of the heavens,
and those who lead many to righteousness,
like the stars forever and ever.
Daniel 12:3

23 Tammuz | Walls breached and fire (historically dates/events)
23 Tammuz 4859 - 1099:
The Crusaders under Godfrey de Bouillon captured Yerushalayim / Jerusalem from the Muslims. The Crusaders were a Church-sponsored movement to "liberate the Holy Land from the infidels." (En route, the Crusaders carried out a campaign of rape and pillage; an estimated 40% of European Jewry was slaughtered in the process.) The day following their conquest of Yerushalayim, the Crusaders murdered all the city's Jews, by herding them into a synagogue and setting it on fire. Jews were barred from Yerushalayim for the next century. Muslims were also victims of the Crusaders, which historians believe planted a deep-seeded hatred of the West.
23 Tammuz 5618 - July 5, 1858:
Baron Lionel de Rothschild became the first Jew to sit in the British parliament, after a new oath of office was agreed upon that did not refer to Christianity.
24 Tammuz 4859 - 1099:
When the Crusaders under Godfrey de Bouillon captured Yerushalayim
Historical events by Hebrew date:  Torah tots: http://www.torahtots.com/timecapsule/thismonth.htm

July 9 - “Their Royal Highnesses The Duke and Duchess of Cambridge are pleased to announce that the christening of Prince Louis will take place on Monday 9th July at The Chapel Royal, St. James’s Palace, London,” the statement read. “Prince Louis will be christened by The Archbishop of Canterbury, the Most Reverend Justin Welby.”
https://www.aol.com/article/lifestyle/2018/06/20/kate-middleton-and-prince-william-announce-details-of-son-prince-louis-christening-service/23463684/

70 days after Israel’s 70th is Tisha B’Av, the day the Jews recognize the destruction of their two temples, the last of which was 70 AD. Jordan, PA protest as record number of Jews visit Temple Mount for Tisha B’Av. A record number of Jews were said to have visited the Temple Mount on Sunday to mark the Tisha B’Av fast mourning the destruction of the two biblical temples, prompting rebukes from Jordan and the Palestinian Authority. Tisha B’Av – Tisha B’Av (lit. “the ninth of Av”) is an annual fast day in Judaism, on which a number of disasters in Jewish history occurred, primarily the destruction of both Solomon’s Temple by the Neo-Babylonian Empire and the Second Temple by the Roman Empire in Jerusalem. Tisha B’Av is regarded as the saddest day in the Jewish calendar and it is thus believed to be a day which is destined for tragedy. Av is the 11th month, therefore “9th of Av” = Jewish 9/11. The Significance Of 70 Years 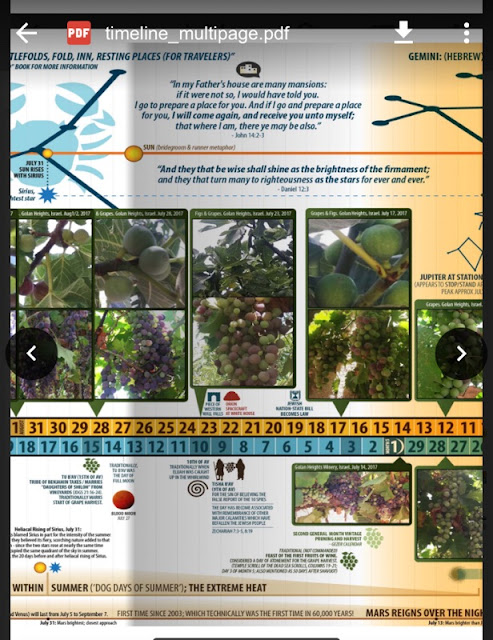 July 23 - Ancient boulder dislodges from Western Wall, crashes down near woman at prayer. The incident came a day after the platform was filled with worshippers marking the Tisha B’Av fast, which honors the destruction of the two Jewish temples in Jerusalem. “This is an unusual and most rare incident that has not occurred for decades,” said Western Wall Rabbi Shmuel Rabinovitch. “The fact that this powerful incident happened a day after the 9th of Av fast, in which we mourned the destruction of our temples, raises doubts and questions which the human soul is too small to contain, and requires soul-searching.” Record 1,440 Jews visit Temple Mount for Tisha B’Av. A record 1,440 Jews visited the Temple Mount on Sunday to commemorate the Fast of Tisha B’Av. The total was provided by the Yeraeh organisation, which facilitates Jewish visits to the Temple Mount. Last year nearly 1,300 visited the site. So 140 more visited this bringing the record total to 1,440.
Archaeologist says entire Western Wall is ‘danger zone,’ public should stay away. Warning of ‘multiple cracks’ after boulder falls, Zachi Dvira says people should not be allowed near holy site — neither in the mainstream prayer pavilion nor at Robinson’s Arch. The Times of Israel on Monday after inspecting the Western Wall following the fall of a Herodian-era stone that the whole area is a “danger zone.”
‘Blood moon‘ on its way – with God of War in tow. Fiery Mars will add to the spectacle as it appears directly below the blood moon at close to its maximum brightness. 5 reasons why this week’s lunar eclipse is going to be a rare celestial delight. Aside from being the longest eclipse of the century, totality will focus on the Middle East. The Mars (War) factor shines light on the geographic location that happens to be embroiled in the greatest conflict. What is equally as interesting is how so few countries (seen below in white) don’t witness any of it. More specifically, the only countries that are not “touched” by either the partial or total eclipse are The United States, Canada, Mexico, Belize, Guatemala, Costa Rica, Panama, Cuba and Greenland.
http://www.dailycrow.com/ 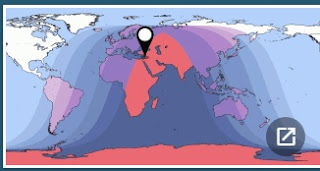 Police evacuated the mosque compound after being attacked with stones and fireworks. This comes 10 days after dozens of Palestinian worshipers confronted policemen in a similar stone-throwing incident.
Several people reported lightly injured - The worshipers held afternoon prayers at the entrance to the Lions' Gate.
https://www.haaretz.com/israel-news/palestinian-worshipers-and-israeli-police-clash-at-temple-mount-1.6317177
http://www.dailycrow.com/

July 27 - Carr fire at Redding, California - “It crossed the Sacramento River north of Redding
https://www.sacbee.com/news/state/california/fires/article215624595.html
Shadrac / "Evacuate, evacuate, evacuate," he said. "Pay very close attention to social media, websites, local television and radio broadcasts."
"Fire was whipped up into a whirlwind of activity," he said, adding, that it was "uprooting trees, moving vehicles, moving parts of roadways."
Thirty-four-year-old Shadrac Herrera of Redding said he witnessed the upheaval. "I saw a tornado of fire," he said. "I could hear it whistling and sucking up air and at the same time, it was growing. Incredibly scary."
California asks White House for help as fires continue to rage
https://www.aol.com/article/news/2018/07/28/california-asks-white-house-for-help-as-fires-continue-to-rage/23491359/
Daniel 3:20 And he commanded the most mighty men that were in his army to bind Shadrach, Meshach, and Abednego, and to cast them into the burning fiery furnace.
22 Therefore because the king's commandment was urgent, and the furnace exceeding hot, the flames of the fire slew those men that took up Shadrach, Meshach, and Abednego.

23 And these three men, Shadrach, Meshach, and Abednego, fell down bound into the midst of the burning fiery furnace.

http://www.holytrinityorthodox.com/calendar/
Vladimir the Great (also (Saint) Vladimir of Kiev
https://en.wikipedia.org/wiki/Vladimir_the_Great
- Made note of Vladimir Putin (namesake of the Great Prince) @ 15 min.
Putin congratulated attendees on the holiday, saying that what happened 1,030 years ago was an “event of a civilizational scale” that affected the history of not only Russia, but the whole world.
"Christianization has been the starting point for the formation and development of the Russian statehood as well as the spiritual birth of our ancestors,” Putin said. “The Orthodox faith did something, which wasn’t there previously – it addressed the man, his conscience and his soul, with the eternal call to mercy, kindness and love."
Russia, Ukraine & Belarus mark 1,030 years since ancestors adopted Christianity (PHOTO, VIDEO)
The head of the Russian Orthodox Church, Patriarch Kirill, and Russian President, Vladimir Putin, walked together with the people all the way to the monument to Vladimir the Great, where a divine liturgy was held.
Thousands in Russia, Ukraine, and Belarus got together to celebrate 1,030 years since their ancestors adopted Christianity, when Vladimir the Great baptized the Kievan Rus.
Moscow - At noon, the bells in all of Orthodox Cathedrals in Moscow began ringing to mark the holiday.
https://www.rt.com/news/434531-russia-ukraine-belarus-christianity/
https://en.wikipedia.org/wiki/Christianization_of_Kievan_Rus%27

9th - 15th of Av
What is Tisha B'av: The Jewish Day of Mourning
https://youtu.be/vAoSODDghE8
Zechariah 8:19  "Thus says the LORD of hosts: 'The fast of the fourth [month], The fast of the fifth, The fast of the seventh, And the fast of the tenth, Shall be joy and gladness and cheerful feasts For the house of Judah. Therefore love truth and peace.'
I look forward to the day when these fasts become feasts.  Am Y'israel Chai!﻿
- video comment

July 27-28 - Sabbath / Torah calendar
Today is Shabbat Nachamu or the "Sabbath of Comfort." It is named after the initial word "comfort" from the Haftarah in Isaiah where Judah is to be comforted in suffering. Today is the Sabbath following Tisha B'Av. Today the Parashah is Va-Ethchanan which means "And I Pleaded."
Special Sabbath Scripture Readings Shabbat Nachamu (Sabbath after Fast of 9th day of 5th month)
Haftarahs Isaiah 40:1-26
Parashah #45 Scripture Readings Va-Ethchanan (And I Pleaded)
Torah Deuteronomy 3:23-7:11
http://torahcalendar.com/Calendar.asp?YM=Y2018M5

July 29 in history -  https://youtu.be/Nr0cAj0aJGY
- 587 BC – The Neo-Babylonian Empire sacks Jerusalem and destroys the First Temple.
1148 – The Siege of Damascus ends in a decisive crusader defeat and leads to the disintegration of the Second Crusade.
- 1958 – U.S. President Dwight D. Eisenhower signs into law the National Aeronautics and Space Act, which creates the National Aeronautics and Space Administration (NASA).
NASA 60th: How It All Began - A Brief History Of NASA - https://youtu.be/EWRje4ebq3U
"From Aleister Crowley and Jack Parsons, Even L. Ron Hubbard. Adolf Hitler and Wernher Von Braun, Even Walt Disney..."
https://en.wikipedia.org/wiki/July_29 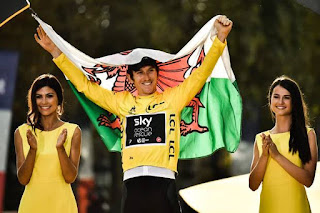 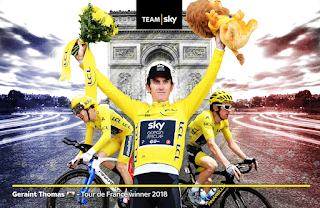 July 30, 2015 -  Jerusalem gay pride parade 2015 attack
... only three weeks after being released, Yishai Schlissel stabbed six marchers during the Jerusalem gay pride parade.[23][24] The act was widely condemned,[25] including by Prime Minister Benjamin Netanyahu.[26] One of the victims, 16-year-old Shira Banki, died of her wounds at the Hadassah Medical Center three days later, on 2 August 2015
https://en.wikipedia.org/wiki/Jerusalem_gay_pride_parade

Every good and perfect gift is from above,
coming down from the Father of the heavenly lights,
with whom there is no change or shifting shadow.
James 1;17 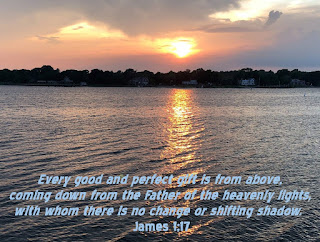