He counts the number of the stars and
he calls all of them by names.

We  finally had some clear skies this morning after days of rain and clouds. The view of the stars before daylight was incredible.  Such vibrant, amazing pulsating colors!  What beautiful, intriguing lights!!

There are regular pulsating stars.  I saw my first one this summer...never noticed them before.  Yet, I am discovering so much - a vast classroom "chalkboard" is directly above our heads.  Just lift your eyes up to see and learn.  I have shared some of my findings on this "learning journey" at:   http://tammyjdub.blogspot.com/2016/07/mazzaroth-gospel-in-stars.html

Apparently (as shown on Stellarium) we saw Sirius and the star above Orion in our morning SW sky appears to be Betelgeuse. 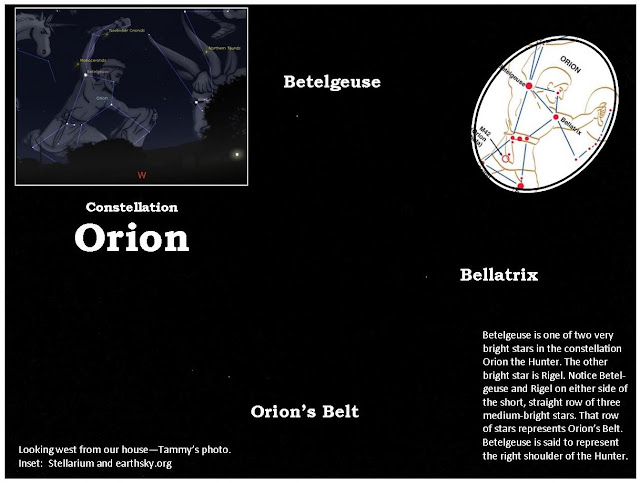 There is so much to discover!
I am in awe that our incredible God has created and set in motion the stars, moon and sun! 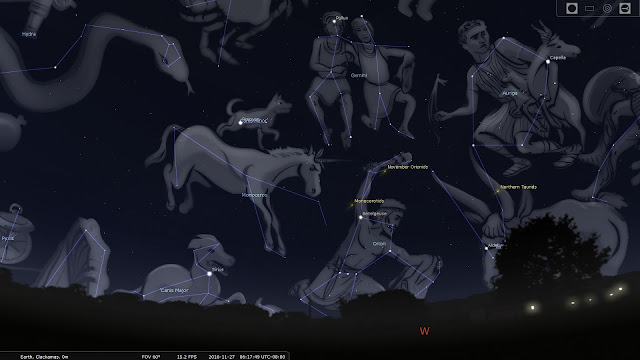 Shown above is our morning sky in Oregon on November 27, 2016, according to Stellarium.

Which maketh Arcturus, Orion, and Pleiades,
and the chambers of the south.
Job 9:9

Each glowing ball of color is the star as captured in my videos! 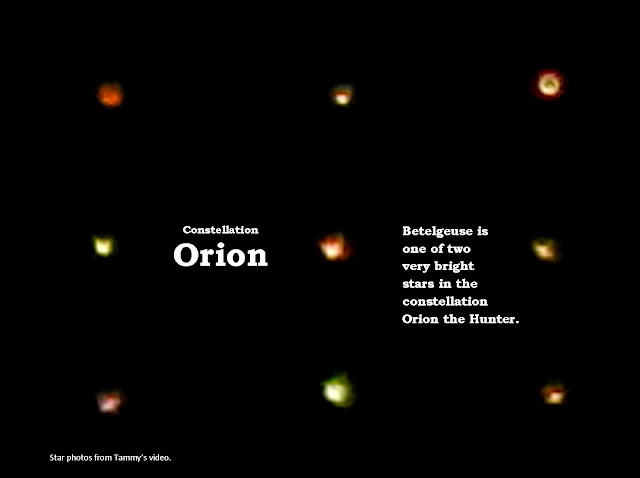 Canst thou bind the sweet influences of Pleiades,


or loose the bands of Orion?
Canst thou bring forth Mazzaroth in his season?
or canst thou guide Arcturus with his sons?
Job 38:31-32

Orion, a sidereal of the constellation Taurus, it is said to be the most spectacular and wonderful sight in the night sky. Orion is pictured as a mighty hunter with a club in his right hand. In his left hand, he holds the skin of a lion that he has killed. Orion is mentioned twice in the book of Job and once in the prophecy of Amos. Orion means “coming forth as light.”

The brightest star in the constellation is Betelgeuse, meaning “the coming of the branch.” Another star in his foot is Rigel, meaning “the foot that crushes.” In the shoulder of the constellation is a star called Bellatrix, meaning “quickly coming.” In his leg is a star called Saiph meaning, “bruised.” Again, as in every other case, we are reminded of Christ crushing the head of the seed of the serpent. Orion is obviously a picture of Christ coming in power and great glory.

It is absolutely amazing watching the stars change color! 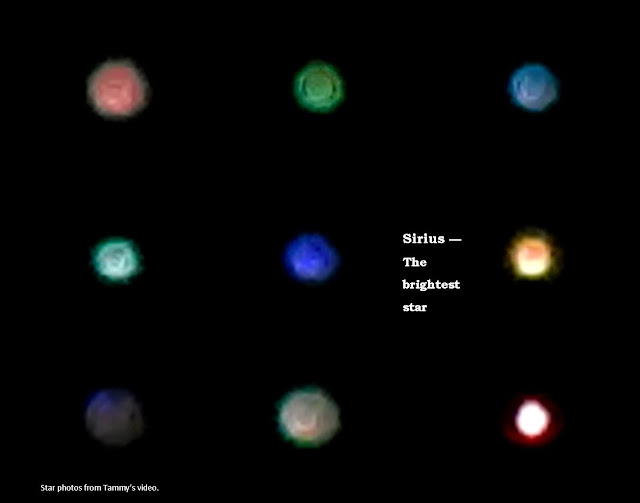 Like the other major constellations there are three sidereal sidepieces, which help to tell the story of Gemini. The first is Canis Major. It is depicted as a large dog and should be considered along with the second sidereal sidepiece, Canis Minor — a small dog. Over the centuries, these two constellations lost their original significance. The Greeks supposed them to be the hunting dogs of Orion when, in fact, the names of the stars in Canis Major and Canis Minor reveal that they were not originally dogs at all, but pictures of the Prince of Peace and Redeemer of the world.

The most significant star Canis Major is Sirius — the brightest star in the entire heavens. Sirius is the most glorious star in the sky, meaning “the Prince.” It is the root word from which we derive the title, “Sir.”

The star images you see are taken from this video.

In addition to the sights this morning, Monday evening, November 21, just after sunset my husband saw Venus in the same location where Sirius appeared this morning.  It's amazing how the sky changes while we sleep...the constellations are moving westward overnight. 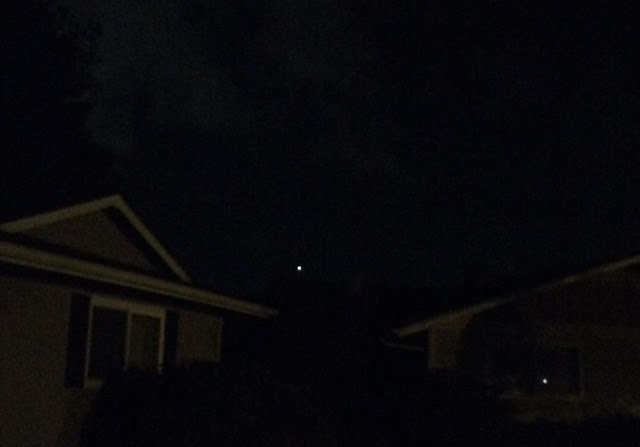 "The heavens declare the glory of God;
and the firmament sheweth his handy work.
Day unto day uttereth speech, and
There is no speech nor language, where their voice is not heard."
night unto night sheweth knowledge. 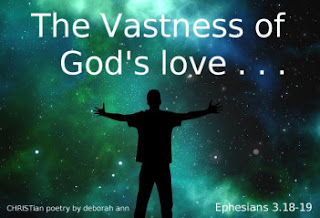 Note:  Mazzaroth (constellation) or Biblical astronomy studies the creation that God made and set in order. It is not astrology which the bible admonishes us not to follow.

God of Wonders By Third Day with lyrics

More can be discovered at:

Shiloh II Booklet (PDF - download and print, 51 pages) – THE SIGNS OF THE KING’S COMING
The story told in God's word and the sky from Genesis to Revelation
- the story of Shiloh-Messiah-Christ-Redeemer-King!
https://drive.google.com/file/d/0B4lMw4yuCqaBXzNpYldYUmpwQWs/view

For by him were all things created, that are in heaven, and that are in earth, visible and invisible, whether they be thrones, or dominions, or principalities, or powers: all things were created by him, and for him: And he is before all things, and by him all things consist.

Hang on to hope

Hang on to hope despite the circumstances.

Now may the God of hope fill you with all joy and peace in believing,
that you may abound in hope by the power of the Holy Spirit. 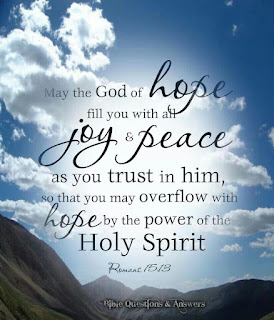 I am grateful for God’s encouragement and this glorious rainbow we witnessed in our neighborhood last week. This sign was a sweet surprise reminder of God’s faithfulness and sovereignty. 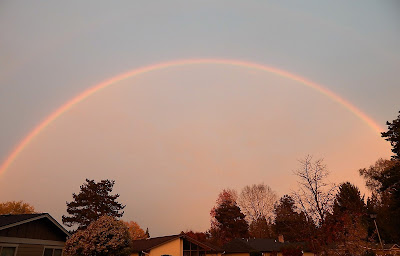 My video of our rainbow sighting ;-)

My husband captured this image from our roof! 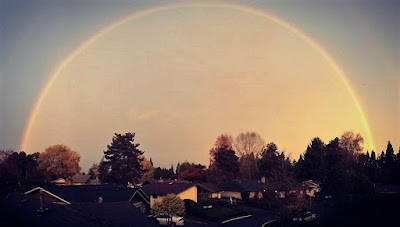 These earthly rainbows give a vision…a mere glimpse of the heavenly rainbow we’ll see at God’s throne!

And he that sat was to look upon like a jasper and a sardine stone:
and there was a rainbow round about the throne,
in sight like unto an emerald.

Until then, our lives will have joys and bumps along the way.  An eternal hope remains even as we are reminded of blessings and hardship in
Job 1:21…

“Naked I came from my mother’s womb,
And naked shall I return there.
The Lord gave, and the Lord has taken away;
Blessed be the name of the Lord.”

The song “It is Well with My Soul” and the story behind it carry a timeless message of hope as well.

The Apostle Paul experienced many tribulations in his life, yet held on to the hope and encouraged fellow Christ followers to trust in their Savior.

Therefore, my beloved and longed-for brethren,
my joy and crown, so stand fast in the Lord, beloved.

From Genesis to Revelation the glorious everlasting hope has been proclaimed!

“And there will be signs in the sun, in the moon, and in the stars; and on the earth distress of nations, with perplexity, the sea and the waves roaring; men’s hearts failing them from fear and the expectation of those things which are coming on the earth, for the powers of the heavens will be shaken. Then they will see the Son of Man coming in a cloud with power and great glory. Now when these things begin to happen,
look up and lift up your heads,
because your redemption draws near.” 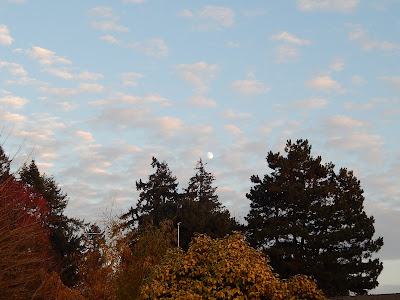 Keep an eternal focus – not on what is temporary
– fix your eye on the big picture!
There is much happening behind the scenes.  As Shakespeare said,
“All the world’s a stage, and all the men and women merely players…”
https://www.poets.org/poetsorg/poem/you-it-act-ii-scene-vii-all-worlds-stage
Pay attention to world events, but don’t be distracted by puppet shows or deceived by false promises of peace.  Praise God!  True hope is on the horizon! 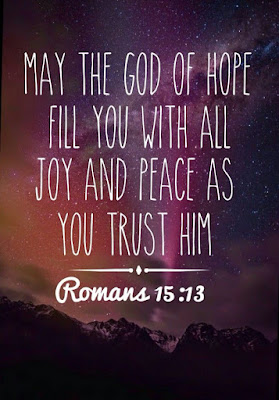 Those who are wise shall shine
Like the brightness of the firmament,
And those who turn many to righteousness
Like the stars forever and ever.

May the Lord’s peace and hope always be with you!
Awaiting the release in this year of Jubilee 5777.
~Tammy

So then faith comes by hearing,
and hearing by the word of God. 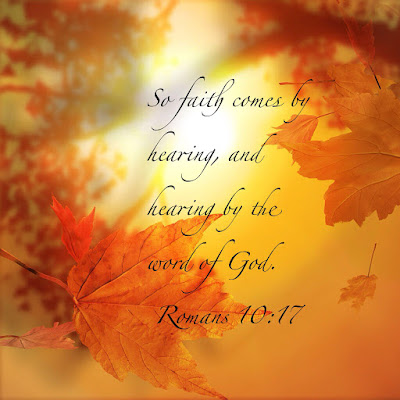 The month ended with historic fires in Israel and the southwestern United States.

http://www.un.org/press/en
Following the introduction of four draft resolutions addressing the various United Nations bodies and departments charged with defending the rights of the Palestinian people, the Assembly heard urgent appeals from a number of delegates calling for concrete action to herald in a new era of peace in 2017.
http://www.un.org/press/en/2016/ga11860.doc.htm
“We continue to extend our hand in peace,” he continued, emphasizing that Israel must reciprocate that commitment, recognize the State of Palestine and work towards resolving all final status issues.
Nov 29 & 30 - The UN General Assembly in New York -

Donning Palestinian flag, UNGA president marks Palestinian solidarity day - In special session, UN deputy head hails as ‘historic milestone’ 2012 recognition of Palestine as non-member observer state; Danon slams ‘charade’
UNITED NATIONS — The president of the United Nations General Assembly wore a scarf with the colors of the Palestinian flag around his neck on Tuesday while addressing a special session of the 193-member assembly to mark Palestinian solidarity day.
The UN’s “International Day of Solidarity with the Palestinian People” in marked annually on November 29, the anniversary of the United Nations recognizing the Partition Plan that called for the creation of the State of Israel.
Donning the colors of the Palestinian flag as well as a black-and-white keffiyeh associated with Palestinians, Peter Thomson, the president of the 71st Session of the General Assembly, said peace between Israel and the Palestinians was “fundamental to our efforts to realize the inalienable rights of the Palestinian people, and to ensure that they are able to enjoy lives of dignity, opportunity, prosperity, and equality.”
http://www.timesofisrael.com/donning-palestinian-flag-unga-head-marks-palestinian-solidarity-day/ 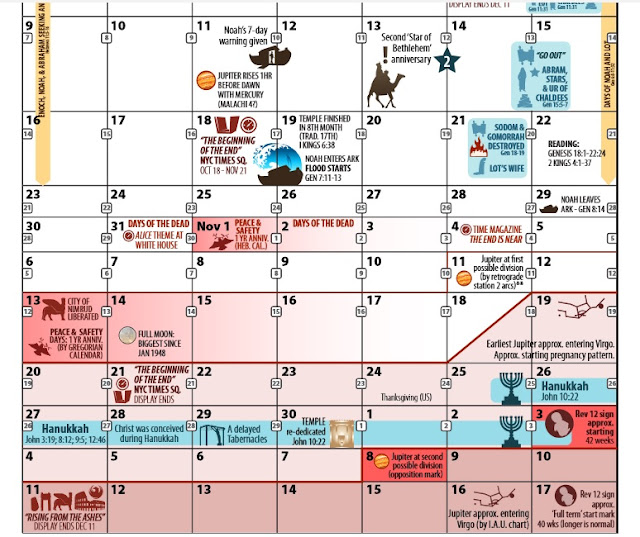 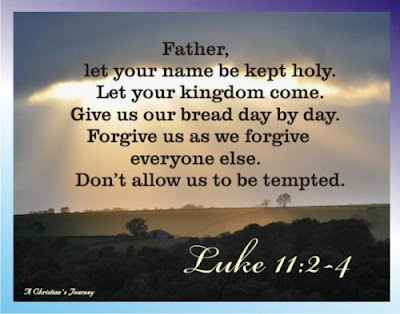 And he said unto them, When ye pray, say,
Our Father which art in heaven, Hallowed be thy name.
Thy kingdom come. Thy will be done, as in heaven, so in earth.
Give us day by day our daily bread.
And forgive us our sins;
for we also forgive every one that is indebted to us.
And lead us not into temptation; but deliver us from evil.


And I heard another voice from heaven saying, “Come out of her, my people, lest you share in her sins, and lest you receive of her plagues. 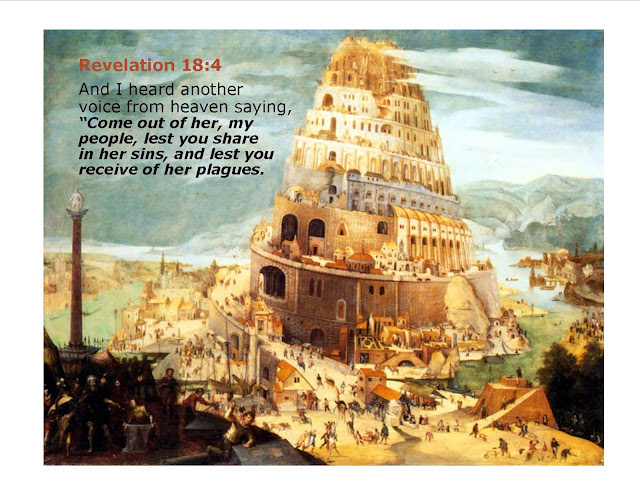 Great overview/reminder of all we've been studying!  We appreciate the new timeline that shows the various stages of events - the Harpazo of the ready church body and Christ's later return and gathering of Israel. (The September 2017 sign mid-tribulation.) 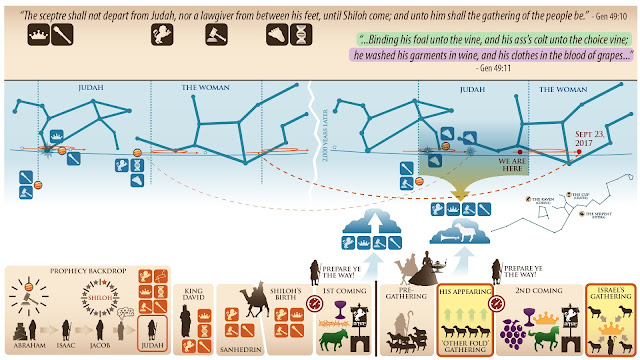 Blessed is that servant,
whom his lord when he cometh shall find so doing. 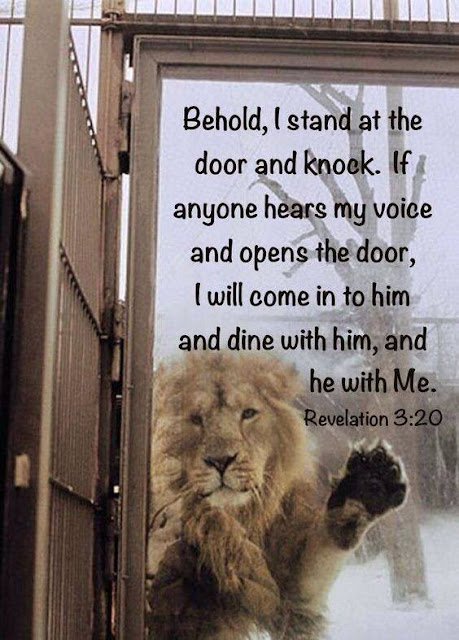 Behold, I stand at the door, and knock:
if any man hear my voice, and open the door,
I will come in to him, and will sup with him, and he with me.